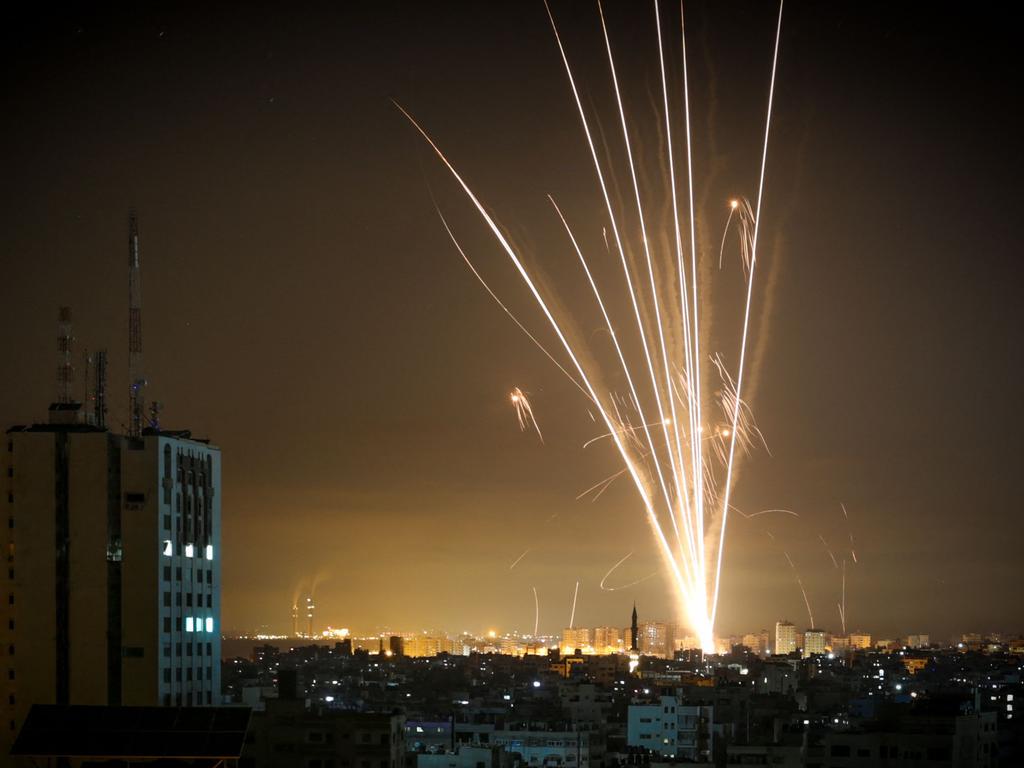 A misleading statement tweeted by the Israel Defense Forces appears to have been a decoy intended to lure Hamas troops into tunnels that were later bombarded by the Israeli army.

The Israeli Defence Force appeared to lure Hamas fighters to their deaths within a misleading social media statement that IDF ground troops were entering Gaza.

As fears grew of a new Middle East war amid a fifth day of heavy fire between Israel and Palestine, The Jerusalem Post reported that the social media post and subsequent widespread media reporting of the mooted invasion sent Hamas and Islamic Jihad troops into strategic tunnels that were later struck by the Israeli army.

But rather than a ground invasion, 160 jets rained missiles into a network of tunnels the terrorists used to store weapons including mortars and anti-take missiles they would use to defend Gaza.

The Post reported that the number of Hamas fighters killed was not clear but Hamas has confirmed 20 its fighters have died since Monday.

Israel Prime Minister Benjamin Netanyahu said the IDF would not stand down as more than 9000 reservists and ground troops massed outside Gaza for Operation Guardians of the Wall.

“I said that we would exact a very heavy price from Hamas and the other terrorist organisations,” Mr Netanyahu said.

Read the article by Sarah Blake and AFP in the Herald Sun.