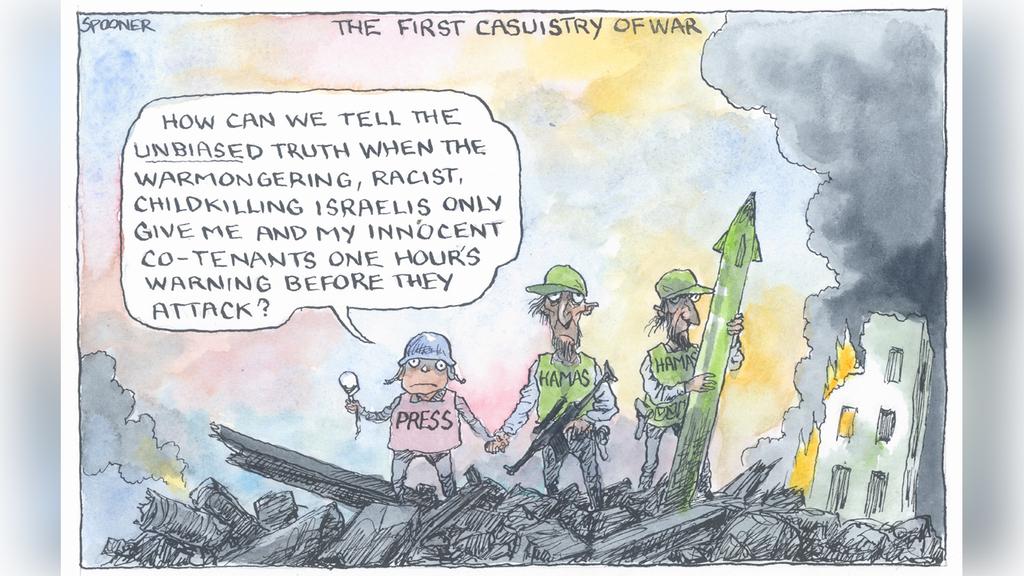 Hamas smashes the rules of war

Liberal MP Dave Sharma, our former ambassador to Israel, is right when he says ascribing moral equivalence between Israel and Hamas in the current Gaza conflict is naive and preposterous. The indiscriminate firing by Iran-linked Hamas of what Israel says has been more than 3000 mainly Iranian-supplied rockets targeted at Israeli civilian populations is, as Mr Sharma wrote on Monday, “indefensible, and against the laws of armed combat”. The Jewish state has an incontrovertible legal and moral right to defend itself against such wanton attacks, just as any nation would under such assault. Yet, as the conflict becomes deadlier, the predictable narrative is playing out, with Hamas and fellow Islamic Jihad terrorists playing their usual victimhood card in the court of world opinion.

Calls for restraint are important. But so is the need to recognise that Hamas and Islamic Jihad started the conflict over the observance of Ramadan and a property dispute in East Jerusalem. What is unfolding is a multifaceted offensive aimed at killing Israeli civilians, establishing Hamas’s primacy in the Palestinian territories and serving Iran’s aggressive regional ambitions.

Iran is desperate to destroy last year’s Abraham Accords, brokered by the Trump administration, which established diplomatic relations between Israel and several Arab states. They opened up the best opportunity for Arab-Israel peace in decades.