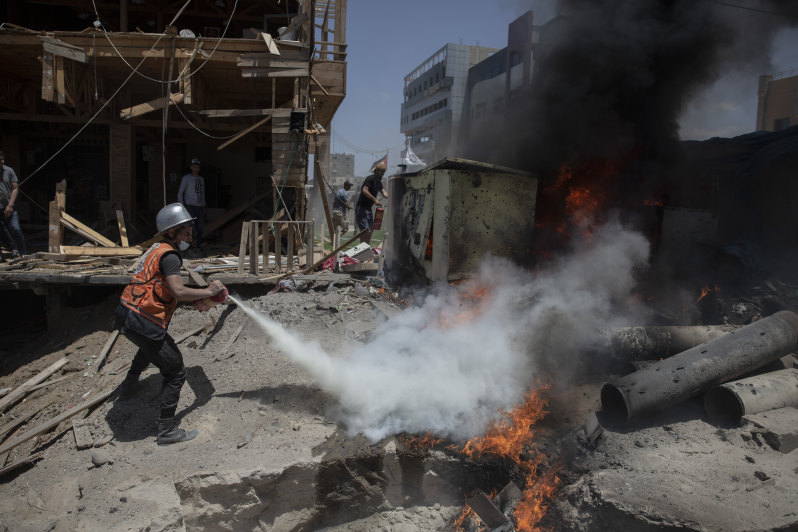 Gaza City: The Israeli military has unleashed a wave of heavy air strikes on the Gaza Strip, saying it destroyed 15 kilometres of militant tunnels and the homes of nine Hamas commanders as international diplomats worked to end the week-long war that has killed hundreds of people.

The government of Israel has said it intends to press on for now with its attacks against Hamas, the militant group that rules Gaza, while the United States signalled it would not pressure the two sides for a ceasefire.

The latest attacks on Monday, local time, destroyed the five-storey building housing the Hamas-run Religious Affairs Ministry and killed a top Gaza leader of Islamic Jihad, another militant group whom the Israeli military blamed for some of the thousands of rocket attacks launched at Israel in recent days.

At least 200 Palestinians have been killed in the week of air strikes, including 59 children and 35 women, with some 1300 people wounded, according to the Gaza Health Ministry. Ten people in Israel, including a 5-year-old boy and a soldier, have been killed in the ongoing rocket attacks launched from civilian areas in Gaza toward civilian areas in Israel.

The Israeli military had said six shells were initially fired from Lebanon towards Israel but fell short of crossing the border and that its forces would retaliate with artillery shelling towards Lebanon.