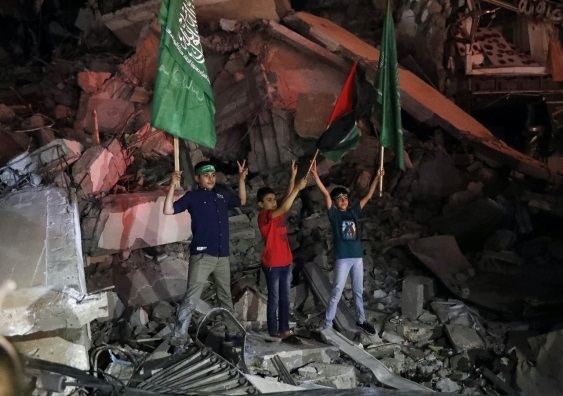 Israel and the Palestinians celebrate a ceasefire — but will anything change?

There seems to be no interest in reviving a peace process that has been effectively moribund since the Clinton administration in the late 1990s.

While details are sketchy, Israel and Hamas have agreed to a ceasefire. That is good news for everyone involved. The dying can hopefully end and further destruction be avoided – at least for now.

Both sides can also claim victory. Hamas can claim to have defended the interests of Palestinians in Jerusalem in contrast to its rivals in the Palestinian Authority, while Israel’s embattled prime minister, Benjamin Netanyahu, can claim significant military and political achievements.

But that is about as far as the good news goes. As the smoke clears, the vast devastation of Gaza becomes apparent and the slow and frustrating process of rebuilding must resume.

The economy of Gaza has long suffered under an Israeli blockade and has been struggling to rebuild after the last war between the two sides in 2014.

The devastation caused by the current Israeli air attacks has added massively to Gaza’s infrastructure problems and vast amounts of foreign aid will be necessary over the coming years. It is not clear who will provide the funding. The Gulf states, especially Qatar, can be expected to provide considerable assistance, but aid from the European Union and elsewhere is more problematic.

Read the article by Anthony Billingsley from the UNSW Newsroom.