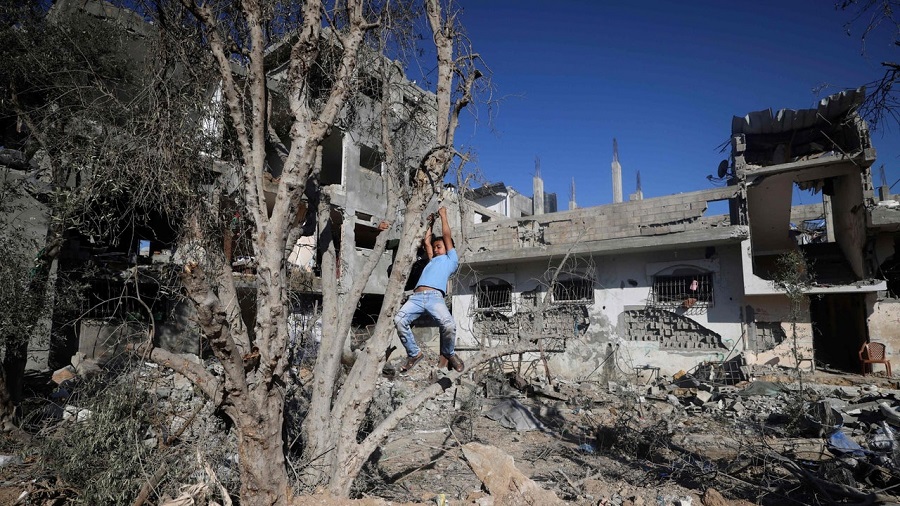 Palestine Is Suffering an Ecological Apartheid

Though the ceasefire has ended the Israeli bombardment of the Gaza Strip, Palestine is still a humanitarian catastrophe, one with a rising ecological toll that will compound human suffering for years.

Human Rights Watch issued a report last month that stated that Israel has created a legally defined apartheid state. The group referred to Palestine as an “open-air prison,” a description that has been echoed by a number of groups and individuals from the Norwegian Refugee Council to the former humanitarian head for the United Nations (who added it was the “world’s largest”). In a climate-constrained world, ecological damage of warfare and restricted access to resources prevents Palestinians from rebuilding infrastructure, let alone preparing for a hotter future.

Though not legally defined (yet), climate and eco apartheid have come into increasingly clear focus in recent years. In the U.S., the poor are more likely to lose everything in a wildfire than the rich. Neighbourhoods historically redlined and home to communities of colour have higher rates of asthma and get hotter in the summer than the surrounding areas. But this is an international phenomenon, too.

Read the article in Gizmodo.