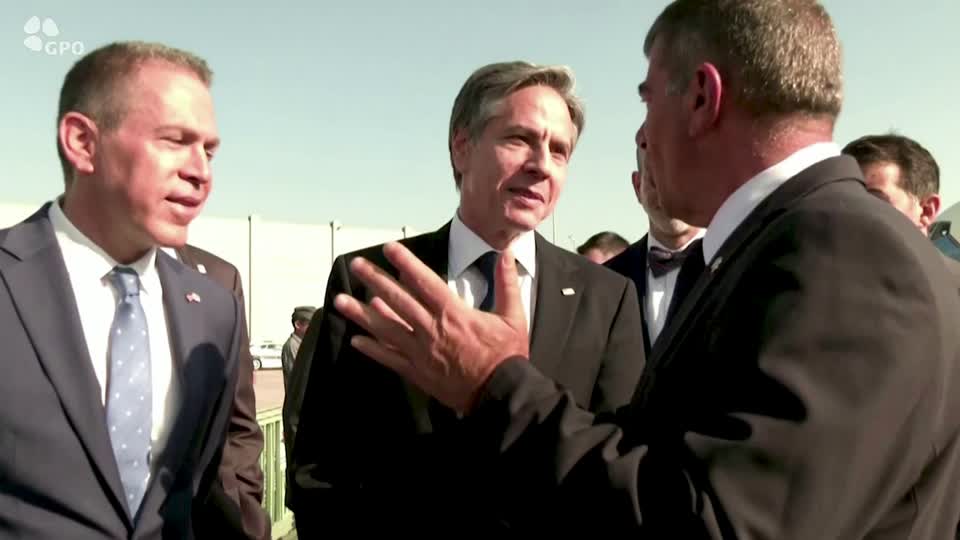 US Secretary of State Antony Blinken has begun his Middle East visit in Israel, pledging Washington will rally support to rebuild Gaza as part of efforts to bolster a ceasefire between its Hamas Islamist rulers and Israel.

But Mr Blinken made clear the United States intended to ensure that Hamas, which it regards as a terrorist organisation, did not benefit from the humanitarian aid – a potentially difficult task in an enclave over which it has a strong grip.

Mr Netanyahu, speaking to reporters with the top US diplomat at his side, threatened a “very powerful response” if Hamas renewed cross-border rocket strikes.

The truce, brokered by Egypt and co-ordinated with the United States, began on Friday after 11 days of the worst fighting between Palestinian militants and Israel in years.

Now in its fifth day, the truce has been holding.

“We know that to prevent a return to violence we have to use the space created to address a larger set of underlying issues and challenges,” Mr Blinken said.

“And that begins with tackling the grave humanitarian situation in Gaza and starting to rebuild.”

The US, he said, would work to rally international support around that effort and make its own “significant contributions”, to be announced later in the day.