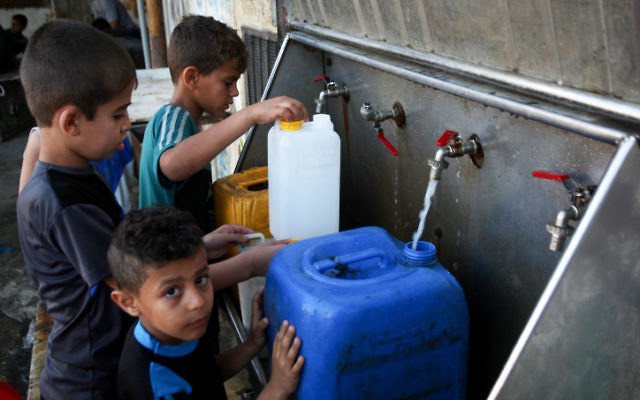 According to Oxfam, 2.1 million people are facing shortages of water and power after 11 days of bombing and rocket barrages between Hamas Militants and the Israeli military in Gaza City.

Oxfam’s Shane Stevenson, country director in the occupied Palestinian Territory and Israel, said that about 400,000 people do no have access to regular water supply and that three of Gaza’s main desalination plans had been ‘severely impacted’ by the bombing attacks.

A further 100,000 Palestinians are estimated to have been displaced as a result of the bombardment and are trying to return home.

“Every one of the 2.1 million people living in the Gaza strip has been affected by Israel’s bombing that took 240 lives, destroyed or damaged 258 buildings containing nearly 1,042 homes and commercial offices, and devastated vital public services,” Stevenson said.

“Water is doubly important, during this critical phase of the Coronavirus pandemic, to help people limit the spread of COVID-19. Six hospitals and 11 clinics have also been damaged including the only COVID-19 laboratory in Gaza,” he added.

Access to water is also dependent on fuel for electricity to pump clean water from wells into homes. Because the recent bombings have led to a fuel shortage, Stevenson explained that many hundreds of thousands of people will be without water and therefore access to basic hygiene.

Oxfam spoke with a mother from Northern Gaza, Amal, who told the agency that her family was getting about four hours of sporadic electricity per day.

“Water might be available for one hour, but we won’t have electricity to pump the water to the roof tank. We stay up all night looking for water to fill plastic buckets,” Amal said.

Read the article by Melissa Coade in The Mandarin.