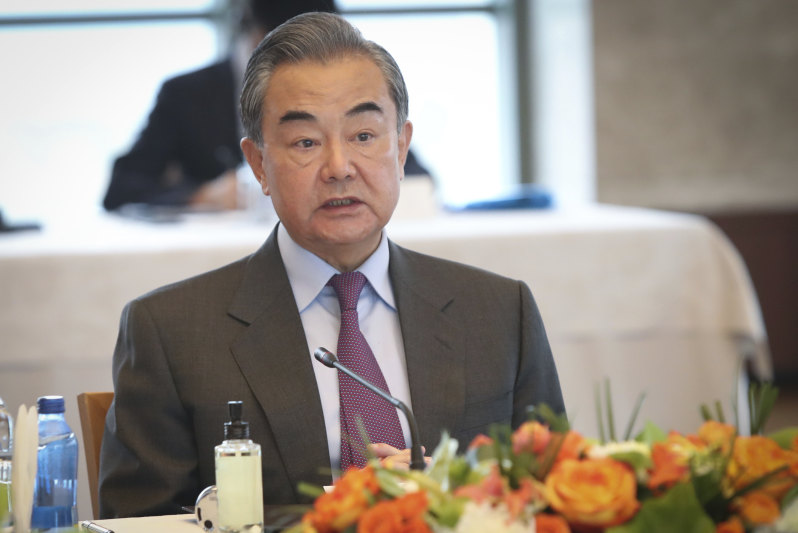 A senior Member of the European Parliament, German Reinhard Buetikofer, angrily hit back saying that using the holocaust as a “diplomatic football” was a reckless new low in China’s wolf-warrior diplomacy.

Britain, Canada and the European Union imposed sanctions against Chinese officials in March over what the United States says is genocide perpetrated against Uighur Muslims in Xinjiang.

China immediately retaliated by imposing sanctions on several British MPs and MEPs who belong to the Inter-Parliamentary Alliance on China.

The counter-sanctions were received badly in Europe, which was on the cusp of ratifying an EU-China investment deal but hit the freeze button instead.

When challenged during a webinar for the German-based Munich Security Conference, Wang said the sanctions hurt China’s national dignity.

“How is that possible for comprehensive, strategic partners to put sanctions on each other? The Chinese side was shocked when the EU made a decision to impose sanctions on us,” he said, according to an official translator.

“When those EU sanctions were launched, the Chinese people were reminded of the days when we were bullied by European imperialists. We have our national dignity to uphold.”

Read the article by Latika Bourke in The Sydney Morning Herald.