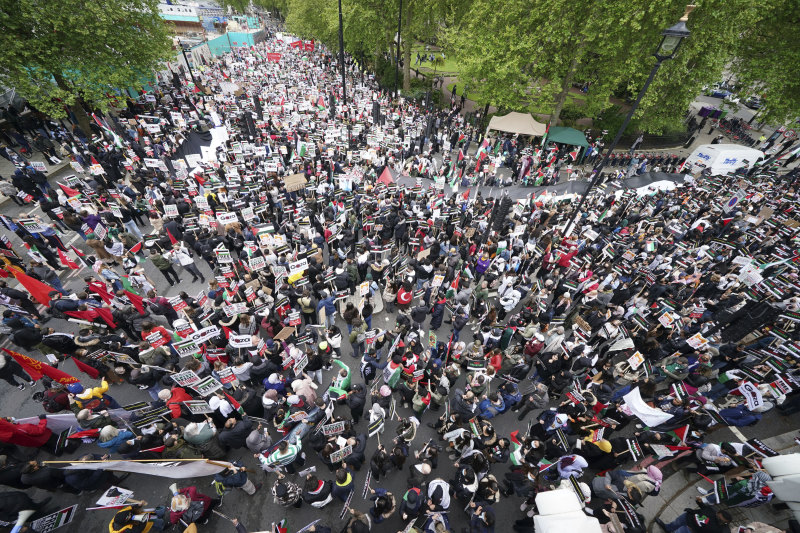 If you cheer for Hamas, you should understand it wants Israel wiped from the map

“From the river to the sea, Palestine will be free.” So goes the catch-cry chanted by anti-Israel demonstrators around the globe over the past 10 days.

Let there be no doubt about what these words mean to the people who coined them. They do not represent a call by everyday Palestinians against what they view as unjust policies of Israel. Nor is it an appeal for a Palestinian homeland to be established as part of a two-state settlement.

The slogan is an aspirational bid for the state of Israel, which lies between the Jordan river on the east and the Mediterranean to the west, to be wiped off the map of the world.

To quote from the original Hamas charter: “Israel will exist and will continue to exist until Islam will obliterate it just as it obliterated others before it … The day of judgment will not come until Muslims fight the Jews and kill them.”

While the charter has been supplemented to soften its impact, only this week Hamas deputy political chief Mousa Mohammed Abu Marzouk said his group’s war against Israel would end with “their [the Jews] leaving Palestine”.

Even more distressing is the adoption of this slogan as part of antisemitic outpourings against local Jewish communities in the streets of Europe and the United States. The car parade by Hamas supporters in London last week, calling for the killing of Jews and the rape of their daughters, was sickening.

Read the article by Paul Rubenstein in The Sydney Morning Herald.