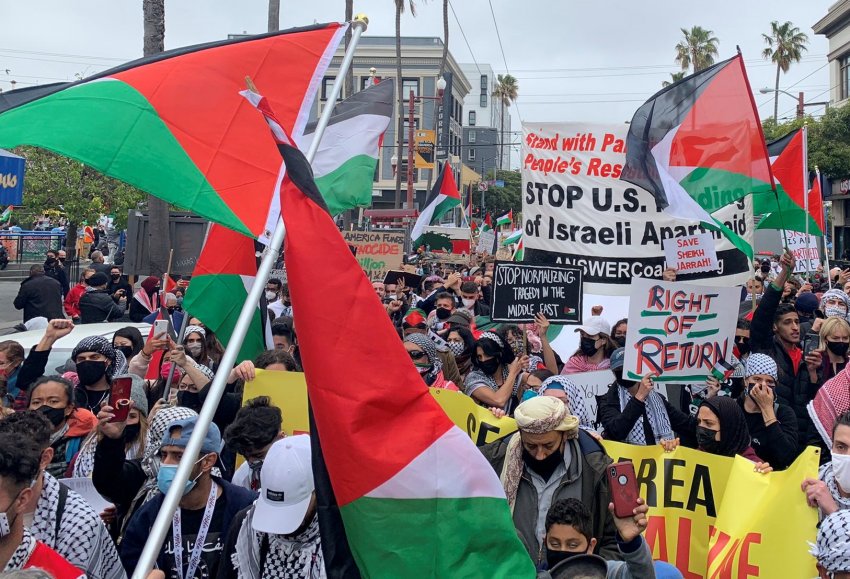 As the ceasefire entered its fourth day, Israel continued its drive against Palestinians in the West Bank and occupied territories.

On May 21, the first day of the ceasefire, Israeli settlers, backed by security forces, stormed the Al Aqsa Mosque compound in Jerusalem and attacked Palestinians there. Three days later, settlers again attacked Al Aqsa, backed by police, who used stun guns and rubber bullets. There were mass arrests.

Israeli attacks on Palestinians at the mosque in April and early May led to the war against Gaza.

The new attacks are meant to discourage Palestinians from attending the mosque, and are a deliberate demonstration by Israel, that the ceasefire does not apply to its continuing drive to ethnically cleanse Jerusalem of Palestinians.

The NYT said, “For decades, hard-line Israeli nationalists have sought to shift the demographics of the occupied West Bank by building Jewish settlements, undermining the prospect of a two-state solution…

“With far less attention and fanfare, the Torah Nucleus movement set out with an ideological mission to alter the balance of Israeli cities” in favour of Jews.

Read the article by Barry Sheppard in Green Left.