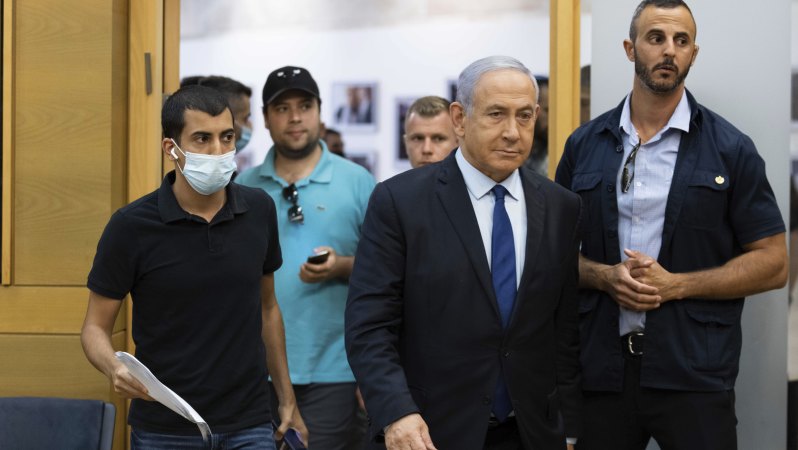 Jerusalem: Far-right party leader Naftali Bennett threw his crucial support behind a “unity government” in Israel to unseat Prime Minister Benjamin Netanyahu, in what would be the end of a political era.

Bennett’s decision, which he announced in a televised address on Sunday (Monday AEST), could enable opposition chief Yair Lapid to put together a coalition of right-wing, centrist and leftist parties and hand Netanyahu his first election defeat since 1999.

Lapid, head of the centrist Yesh Atid party that finished second to Netanyahu’s right-wing Likud in an inconclusive March 23 national ballot, faces a Wednesday deadline from Israel’s president to announce a new government.

Lapid’s chances of success have rested largely with Bennett, a former defence chief and a high-tech millionaire whose Yamina party’s six seats in the 120-member parliament are enough to give him the status of kingmaker.

Under a prospective power-sharing deal, Bennett would replace Netanyahu, the 71-year-old head of the Likud party, as prime minister and later give way to centrist Lapid in a rotation agreement.

“I am announcing today that I intend to work with all my might towards establishing a unity government with Yesh Atid chairman Yair Lapid,” Bennett said in his speech. “It’s either a fifth election, or a unity government.”