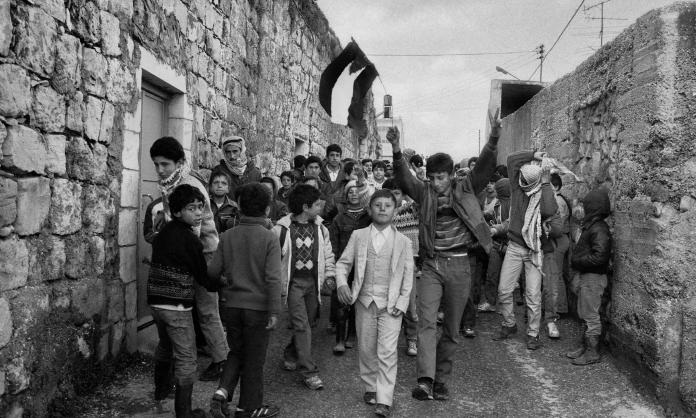 On 8 December 1987, at a Gaza checkpoint, an Israeli truck ploughed into a line of cars returning Palestinians from a day’s work in Israel. Four were killed, including three from the Jabalia refugee camp, Gaza’s largest.

An outpouring of collective grief at the funeral of the victims transformed into political anger. Thousands of Palestinians moved through the streets in mourning. Soon, the permanent military presence in the refugee camp was confronted with a hail of stones, bricks and bottles thrown by teenage boys. Then began a cycle of repression and resistance, with each round of martyred protesters, many of them children, becoming a spark for further demonstrations. Years of humiliation and rage burst forth.

The merciless conditions of the Israeli occupation of Gaza and the West Bank had crushed the spirit of rebellion among the older generations. Gaza was overcrowded with the unemployed and destitute. The hardline Israeli government had accelerated the pace of settlements in the occupied territories, which grabbed land and water from Palestinians.

Day work doing menial jobs in Israel was the only economic prospect for many. Gaza and the West Bank had become Israel’s Bantustans. Palestinian wages were kept low—on average, just 40 percent of the Israeli wage in 1977—and while Palestinian workers paid income taxes, the Israeli state refused to provide even basic services.

Read the article by Hersha Kadkol in Red Flag.