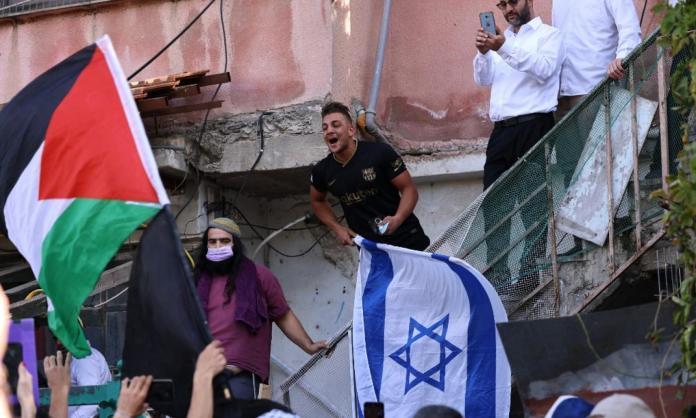 Democracy, apartheid, settler-colonialism: what is Israel?

Israel is one of the strangest countries in the world. Its supporters say that it’s the only democracy in the Middle East, a beacon of liberal values in a repressive and superstitious region. It’s a place where even the military are queer-friendly and pro-vegan, a country founded by the inheritors of Europe’s socialist traditions. But those same international supporters include many of the world’s most prominent right-wing authoritarians, from former US President Donald Trump to India’s Prime Minister Narendra Modi and the British fascist Tommy Robinson. (I’ll never forget attending a small protest in Melbourne against Trump’s move of the US embassy to Jerusalem; across the road, a little fascist mob waved a sea of blue-and-white Trump and Israeli flags.) Israelis themselves are broadly on the world’s extreme right: 70 percent of them supported Trump’s re-election, according to a poll conducted by the Israel Democracy Institute. Yet support for Israel is, in most Western countries, something like a consensus in mainstream politics, expressed not just by the Donald Trumps of the world, but equally by the Joe Bidens.

What kind of country is this? How can its conduct, its internal politics and its international supporters all so flagrantly contradict its self-representation as an enlightened democracy? Labelling Israel is a difficult and controversial issue: is it apartheid, settler colonialism or something else entirely? And what do those labels mean for the struggle to liberate Palestinians?

Read the article by Daniel Taylor in Red Flag.