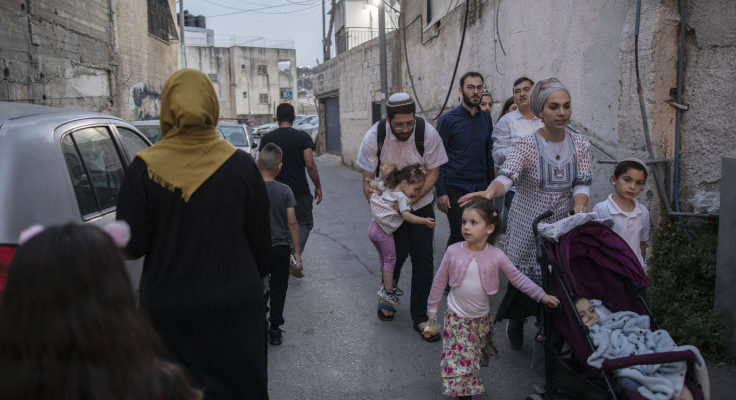 A Palestinian, a Jewish settler and a shared house: struggle at close quarters

Jerusalem: Few places in East Jerusalem show the struggle over the city more intimately than a four-storey house on a narrow alley in the Silwan district.

Nasser Rajabi, a Palestinian, and his family live in the basement, third floor and part of the second.

Boaz Tanami, an Israeli settler, and his family live on the first floor and the rest of the second.

Each claims the right to live there. Each wants the other out.

An Israeli court has ruled that a Jewish trust owns the building and ordered the eviction of Rajabi, but the ruling is under appeal.

The case is not just a dispute over a single property. It is part of an effort by Jewish settlers to cement Jewish control of East Jerusalem, a process many Palestinians see as a slow form of ethnic cleansing. A similar dispute in the nearby neighbourhood of Sheikh Jarrah, which could lead to the eviction of Palestinians there to make room for settlers, led to protests, clashes and finally war in May between Israel and Hamas, killing more than 240 people. That court case is due to resume on Tuesday.

Captured by Israel in 1967 but still considered occupied territory by much of the world, East Jerusalem remains a constant flashpoint between Israelis and Palestinians.

Read the article by Patrick Kingsley in the Brisbane Times.