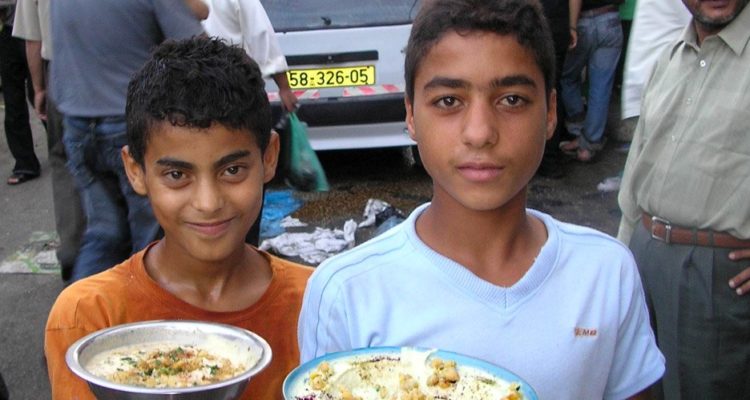 The politics and solidarity of food

This week is Palestinian Economic Week, a call from Palestinians on the ground in historic Palestine to defy Israeli capitalist settler colonialism and support Palestinian businesses and products.

The brutal military occupation of Palestine that started in 1948 extends to an occupation of Palestinian economies and livelihoods. Israel has prevented Palestinian agricultural activity by expropriating our land and waters; they have choked up industrial cities such as Jerusalem, Yaffa and Hebron; they have used checkpoints and colonial borders and controlled harbours to block trade. The purpose of any colonial capitalist regime is to deprive its Indigenous people of self-determination and in Israel this extends to economic independence. Israel robs us of our rich natural resources, drowns us in poverty and unemployment, exploits us as cheap labour, and totally destroys our local means of production.

Palestinian Economic Week is a campaign to direct economic resources into Palestinian communities and economic centres to undermine Israel’s capitalist chokehold over Palestinians. It is organised by Palestinians on the ground, led by the Adalah Justice Project. The group calls on a range of solidarity strategies focused on buying from Palestinian producers, donating to trusted Palestinian organisations, organising for social and political justice for Palestinians, and promoting and strengthening BDS across the world.

Boycott, Divestment and Sanctions is a Palestinian-led movement that aims to pressure the State of Israel to meet its human rights obligations under international law. BDS targets specific companies that are directly or indirectly complicit in Israeli abuses against Palestinians. One of its current campaigns targets Elbit systems, an Israeli defense company that ‘field tests’ its weapons on Palestinians and provides the Israeli military with 85 per cent of its killer drones. Another current campaign targets Puma, the main sponsor of the Israeli Football Association, which includes teams in illegal Israeli settlements.

Galvanised by the hashtag #SaveSheikhJarrah, there has been greater public awareness of Israel’s settler colonial violence over the last month. However, this awareness runs the risk of being co-opted by the disingenuous solidarity of activist branding and performance politics and undermined by unfounded accusations of antisemitism. The postering of popular Brunswick restaurant Very Good Falafel in recent weeks provides us with a case study on what this looks like.

Given the importance of maintaining focus on the unfolding acts of Israeli brutality in Gaza and the West Bank during this critical moment in history, the emphasis on the restaurant’s solidarity for Palestine following this incident raises legitimate questions about what it actually means to stand in solidarity with Palestine and Palestinians.

Read the article by Lujayn Hourani and Jeanine Hourani in Overland.