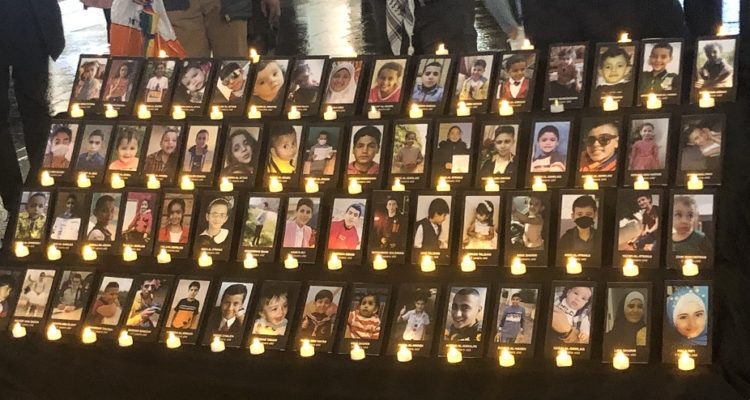 Supporters of justice for Palestine are continuing to protest Israel’s ongoing attacks on Palestinians.

In Sydney, a moving candlelight vigil organised by the Palestine Action Group in Pitt Street Mall on June 10 displayed images of the 67 children who were killed by Israel’s bombardment of Gaza over 11 days. Large Palestinian and Aboriginal flags were also prominent.

In Perth on June 12, 200 people rallied for Palestinian’s right to self-determination, justice and equality and to call for an end to the federal government’s support for Israel. After hearing from Palestinian community speakers, including Hannah Magar, a teacher at the Australian Islamic College, Rania Odoh, a Palestinian from Gaza and Hiba-al Farell from the Palestinian Community of Western Australia, the crowd marched through the CBD behind people carrying Palestinian and First Nations’ flags.

In Sydney another action has been called on June 20 to coincide with an Israeli court decision on the eviction of Palestinian families from Sheikh Jarrah in East Jerusalem.

[Editor: Gaza Militant Group has said that a 17-year-old killed by airstrike was a member. The teenager, Khaled al-Qanou, was one of 67 children killed in Gaza during the latest war between Israel and militants. It is against international law to recruit children to fight.]