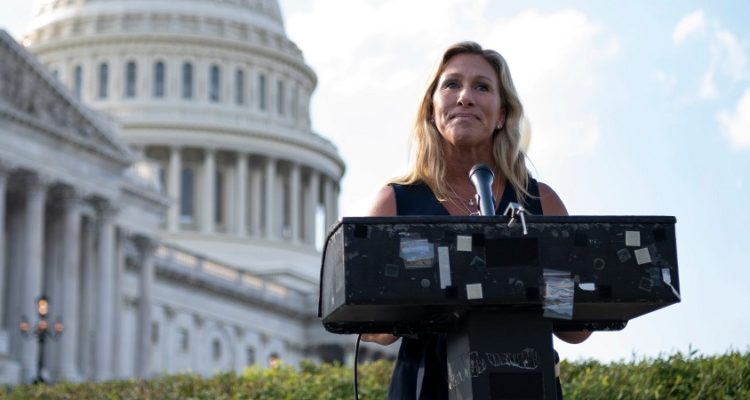 Rep. Marjorie Taylor Greene on Monday evening publicly apologized for her previous comparisons of COVID-19 mask requirements and vaccination efforts to the horrors suffered by Jews in Nazi Germany.

The Georgia Republican, known for her controversial statements, took a markedly different tone during a solo news conference, starting off by saying: “I always want to remind everyone – I’m very much a normal person.”

“One of the best lessons that my father always taught me was, when you make a mistake, you should own it. And I have made a mistake and it’s really bothered me for a couple of weeks now, and so I definitely want to own it,” she said.

Greene told reporters that she visited the United States Holocaust Memorial Museum in Washington, DC, earlier in the day and wanted to make it clear that “there is no comparison to the Holocaust.”

“There are words that I have said, remarks that I’ve made, that I know are offensive. And for that I want to apologize,” she said.

Greene’s apology comes as House Democrats move to censure her after she likened mask mandates and vaccine rules to the persecution of Jews during the Holocaust.

Read the article by Oma Seddiq in Business Insider Australia.