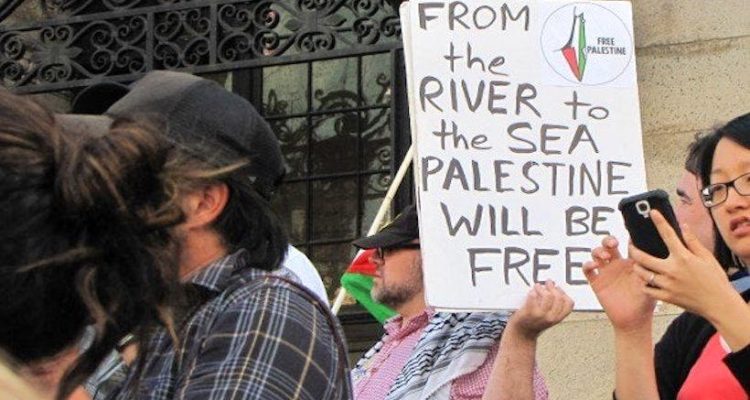 Sing me a ditty about Palestine

There is something profoundly disturbing and morally challenging in the way many view the Israel-Palestine conflict. The chant “from the river to the sea, Palestine will be free”, once buried because of its unadulterated implication that Israel should be eliminated, is currently in vogue, doing the rounds of social media.

In a recent Facebook post by the Australian Palestine Advocacy Network, the question is asked of the public “what does this (ditty) mean to me”, and numerous videos have been posted answering this loaded question. The post itself has been shared many times.

Having not trawled through all the video answers, I am still willing to bet that not one response challenges the eliminationist premise of the chant. It is greatly troubling that a formula for coexisting self-determination between Israel and Palestine cannot be found.

But that is not what the ditty sings to its Australian audience about. It croons to an extremist at the 2021 ALP State Conference in Queensland who says, with apparent pride from those who were there, that Hamas, a designated terrorist organisation, was “justified” in the indiscriminate firing of 4000 rockets into Israeli civilian cities and towns. The coda of this particular stanza is, of course, that the death of Israeli civilians is more than acceptable, it is warranted.

Read the article by Adam Slonim in The Spectator.