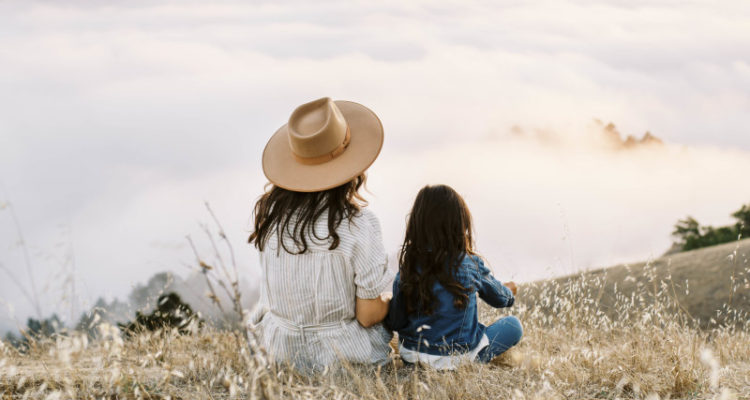 You didn’t need to have a big talk with them, but instead, a thousand little talks. The point was to show your child that you were available for discussion, that you wouldn’t hide the truth or evade hazard. (Stocksy)

As a third-generation survivor, this was hardest topic to explain to my child

Though I prided myself on my progressive, ask-me-anything parenting, I secretly dreaded discussing three things: sex, death, and the Holocaust. My daughter was a questioner. At age three, Zelda leaned out of her stroller to ask why God could see people, but people couldn’t see God? Was she Zelda before she was born? Why don’t children have beards? When our cat was dying, I anticipated the interrogation and sought advice. Keep it mechanical, her preschool director told me. Children want facts. She recommended a book about a fish whose body stopped working. I read it to Zelda, thrashing her innocence. She was nonplussed.

When Zelda was seven, I became pregnant with my third. I knew that “where-did-I-come-from?” was imminent. I attended a sex-ed seminar at her elementary school. “Keep it positive!” they said and recommended a book. I forced a smile as we read it together. Nothing, not even an “ew”. Was she afraid to open up, repressing her feelings, affecting her capacity for intimacy forever? The usual concerns.

At this time, I was writing a book about the Holocaust. I was a third-generation survivor, but The Light of Days tells the true story of Jewish women in Poland who resisted the Nazis. These “ghetto girls” hid revolvers in teddy bears, flirted with Nazis, bought them off with wine, whisky and pastry, and shot them. They flung Molotov cocktails, bombed German supply trains, and were bearers of the truth about what was happening to the Jews.

Read the article by Judy Batalion in The Sydney Morning Herald.