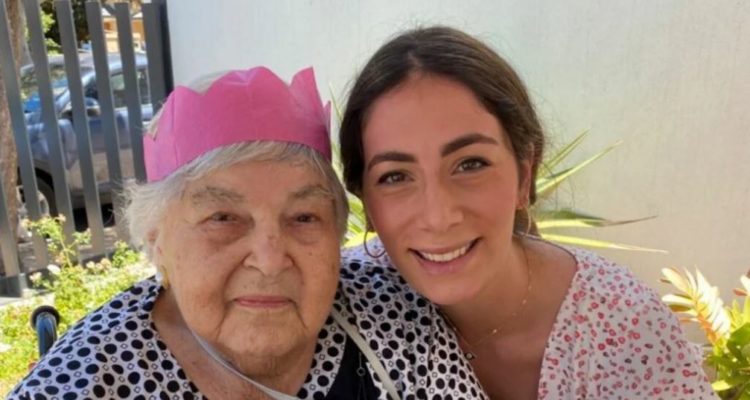 Ilia Benattar and her Greek yiayia Zeffie Kathreptis, who passed away on 15 February, 2021

The Greek Jews of Australia, a friendship with Hellenic roots that carried on in the Antipodes

When I drove over to 91-year-old Elayne Hoffman’s Caulfield house in June 2021, she had heard that I was seeking to interview Jewish Australians with Greek heritage. Alert, hospitable and very thoughtful, Hoffmann was generous with her time and was happy to tell me about her family history.

“My parents were both born in Salonika in Greece,” she said, “but they left Greece and took me with as a 6-month-old baby to Paris in search of better opportunities in 1927.”

When the Hoffmann family immigrated from Greece, they left behind a country that had been the ancestral home for hundreds of years. “My family had been in Greece since the time of the Spanish inquisition in 1492, when the Jews were expelled from Spain and Portugal,” she said. “My father’s family was involved in building the port in Salonika and many generations of her family had prospered in Greece.”

Philip Dalidakis, the son of a Jewish Australian mother and a Greek Orthodox father is one of these Jews. A former minister in the Victorian Parliament, Mr Dalidakis was invited to speak at an Orthodox Jewish Synagogue in honour of the festival of Hannukah. Recalling the festival, which tells the story of the rededication of the Jewish Temple in Jerusalem under the ruling Greeks, Mr Dalidakis opened his speech by quipping, “Hannukah is my favourite festival, because it doesn’t matter how the story ends, I’m going to be on the right side of history.”

Read the article in Neos Kosmos.