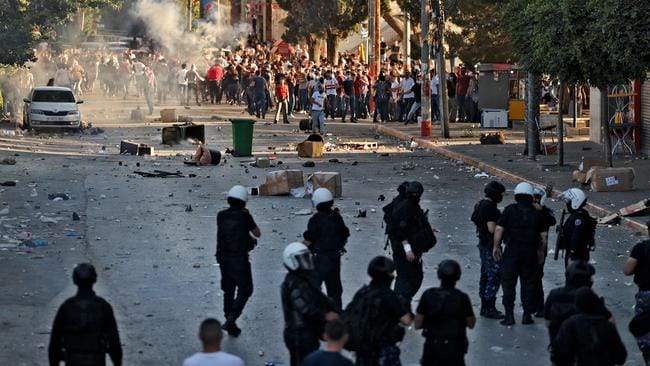 Palestinian protesters clashed with Palestinian security forces in the West Bank city of Ramallah on Saturday, the third day of demonstrations sparked by an activist’s death in custody.

Nizar Banat, a 43-year-old from Hebron known for social media videos denouncing alleged corruption within the Palestinian Authority, died on Thursday shortly after security forces stormed his house and violently arrested him, his family said.

On Saturday, hundreds took to the streets of Ramallah, the seat of the PA in the West Bank, calling for Palestinian Authority President Mahmud Abbas to quit.

Protester Ismat Mansour said the death of Banat was just “the tip of the iceberg” while accusing the PA of “a mountain of corruption” and demanding that elections be held.

An Agence France-Presse photographer said protesters hurled rocks at security forces, who responded by launching a barrage of teargas canisters to break up the crowds.

It was not immediately possible to confirm if there were any injuries following the protests on Saturday.

Banat had registered as a candidate in Palestinian parliamentary elections, which had been set for May until Mr Abbas postponed them indefinitely.