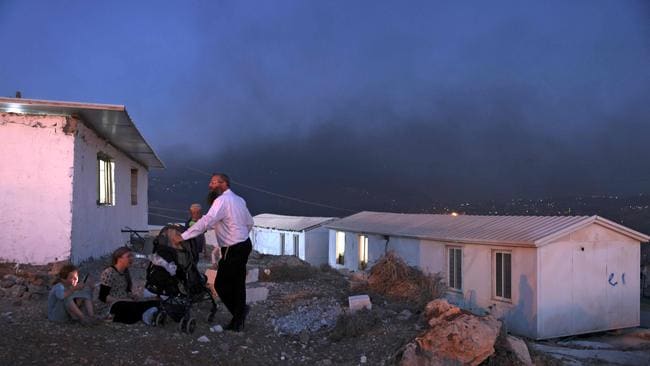 Settlers in the newly established wildcat outpost of Eviatar. (AFP)

Israeli Prime Minister Naftali Bennett has announced a deal for Jewish settlers to leave an illegal outpost in the occupied West Bank by Friday, with a possibility of returning.

Settlers had built the Eviatar outpost near Nablus in recent weeks in defiance of international and Israeli law, sparking fierce protests from Palestinians in neighbouring villages.

Mr Bennett, who previously led a key settler lobbying group, on Thursday released details of the deal, which calls for Eviatar’s inhabitants to leave by 11pm AEST on Friday.

A letter outlining the terms of the arrangement said that the settler’s homes would remain at the site and the Israeli army — which has held the West Bank since 1967 — would establish a presence in the area.

Following the evacuation, the defence ministry “will perform a process of land survey on the site as quickly as possible” to determine whether it can be labelled Israeli state land, the letter said.

If the study declares it to be Israeli land, “a religious institution will be allowed to be built and accompanying residential quarters for it and for the yeshiva staff’s families,” the letter added.

All Jewish settlements in the West Bank are considered illegal by most of the international community. Palestinians in the nearby village of Beita, who claim Eviatar was built on their land, have categorically rejected any compromise other than a permanent evacuation of the settlers.