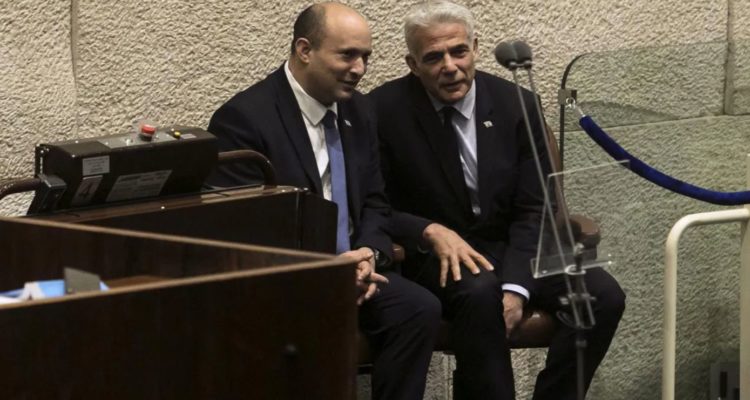 Knesset passes vote to dissolve and go to polls

Barring an 11th hour shock agreement to save the coalition or form a new government within the existing Knesset, Mr Bennett’s eight-party alliance is due to end by midnight (7am AEST), installing Foreign Minister Yair Lapid as prime minister.

The former television anchor is set to head a caretaker government, ahead of polls due in late October or early November.

Mr Netanyahu has promised victory in new elections but may again struggle to rally a parliamentary majority, multiple polls have shown. He is on trial over corruption charges, which he denies. The anti-Netanyahu camp will likely be led by the centrist Mr Lapid. Dismissed as a lightweight when he entered politics a decade ago, he has surprised many with his political skills. As he and Mr Bennett announced last week that their coalition was no longer tenable, Mr Lapid sought to cast Mr Netanyahu’s potential return to office as a national threat.

Read the article by Ben Simon in The Australian.