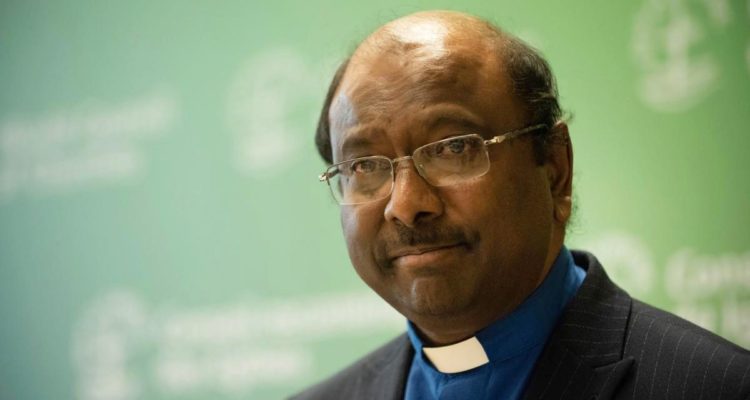 Since being elected to lead the World Council of Churches earlier this month, Rev Jerry Pillay, former general secretary of the Uniting Presbyterian Church in Southern Africa, has been rebuffing critics who accuse him of making anti-Semitic remarks by referring to Israel’s treatment of Palestinians as tantamount to apartheid.

Pillay, the dean of the University of Pretoria, is slated to assume leadership of the global ecumenical Christian group at the beginning of next year. As many in the WCC celebrated his 17th June election at a meeting of the group’s central committee, some Jewish leaders expressed outrage that the WCC would elevate someone who has in the past called out Israel in language that many Jews believe crosses a line.

David Michaels, director of United Nations and intercommunal affairs at B’nai B’rith International, a Jewish service organisation, described Pillay’s election as “astounding and alarming” and accused him of espousing “simplistic ideological extremism” and having “a problem with Jews – at least those supportive of Zionism.”

Michaels and other critics pointed to a theological paper Pillay published in 2016 titled Apartheid in the Holy Land: Theological reflections on the Israel and/or Palestine situation from a South African perspective. The paper concludes that a “comparison between the Israel-Palestine conflict and the South African apartheid experience is, indeed, justifiable”.

Pillay also reportedly gave a speech at a 2014 event organised by the Israel/Palestine Mission Network of the Presbyterian Church (USA), which took place during the denomination’s general assembly. Like the paper, the title of the talk delivered by Pillay was reportedly “Apartheid in the Holy Land.”