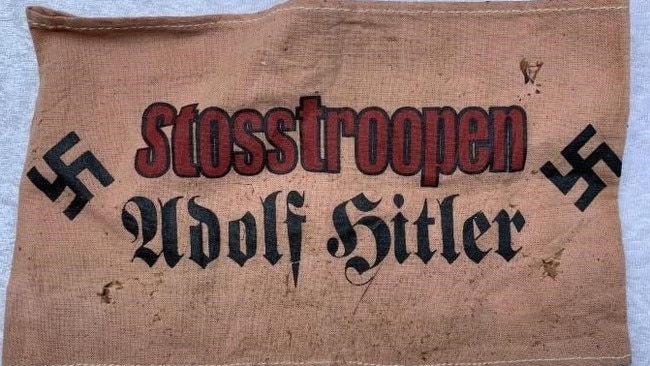 A Melbourne antique store has been lashed over an auction of Hitler’s personal items, with the sale labelled “sick and indecent”.

An antique store in Melbourne has been slammed by a Jewish leader for auctioning items connected to Adolf Hitler, fearing they could end up in the possession of neo-Nazis.

It describes its sales as “interesting and unusual auctions that have something for everyone and feed people’s desire to collect”.

Photographs of Hitler, Hitler Youth workbooks and Third Reich uniforms were among dozens of Nazi-related items for sale in the virtual auction.

“It wouldn’t surprise me if neo-Nazis would be lining up to acquire these items as a way to celebrate their violent ideology and to recruit new members,” Dr Abramovich said.

“I can’t imagine the anguish Holocaust survivors who lost entire families in the Holocaust and the relatives of the Diggers who sacrificed their lives to defeat Hitler would be feeling right now,’ he said.

“If you want to see first-hand the face of pure evil responsible for the barbaric extermination of millions, look no further than the perverse objects showcased here.”

Read the article by Olivia Jenkins in the Herald Sun.