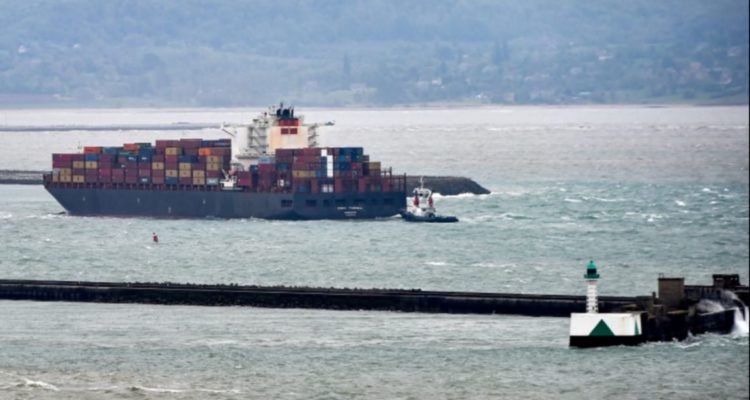 Missile hits ship amid shadow war in the Persian Gulf

A cargo ship has been hit by a missile at the entrance to the Persian Gulf in what is thought to be the latest round of tit-for-tat attacks by Iran and Israel.

The vessel, the CSAV Tyndall, which was at first thought to be owned by Eyal Ofer, an Israeli businessman, was passing near Iranian waters at the time.

Zodiac Maritime, the London-based ship management company which belongs to the businessman, said it no longer owned or operated the Tyndall, but it is understood it was sold only recently to another British-registered firm.

Several Israeli and Iranian civilian vessels have been targeted by drones and missiles in the Indian Ocean, Red Sea and Mediterranean.

Pro-Iran media featured the Tyndall attack prominently, in one case illustrating the story with a photograph of a Norwegian oil tanker which caught fire after what was claimed to be an Iranian strike in 2019.

The shadow war between Israel and Iran has intensified since Donald Trump pulled out of the nuclear accord in 2018. That is being renegotiated but in the absence of a deal Iran and Israel are pursuing their strategic goals by alternative means.

There have been explosions at Iranian nuclear sites attributed to Mossad, along with the assassination in November of its military nuclear chief, Brigadier General Mohsen Fakhrizadeh. In the most recent incident, Iran said it had foiled an attack on a plant used to make centrifuges, which enrich radioactive uranium, near the town of Karaj, 10 days ago. However, satellite imagery released over the weekend suggested it had suffered serious damage.