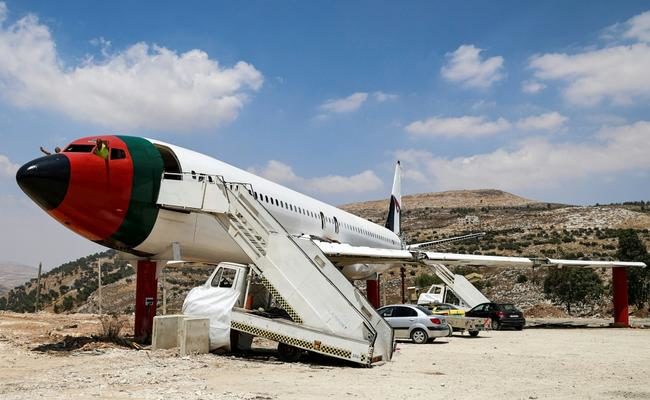 Palestinian workers in the Israel-occupied West Bank are putting the final touches on a decommissioned Boeing 707 aircraft to ready it for a new kind of takeoff: as a restaurant.

Its enterprising owners, 60-year-old twin brothers Ata and Khamis al-Sairafi, expect to welcome their first customers within weeks at the site in an isolated mountain area near Nablus.

The brothers plan to call their aviation-themed eatery — which is decorated with Palestinian and Jordanian flags — “the Palestinian-Jordanian Airline Restaurant and Coffee Shop Al-Sairafi Nablus”.

“The cockpit will be a suitable place for any newlyweds who come to us for their wedding ceremony.”

Ata said he and his brother were working as scrap metal traders two decades ago when he learned about a 1980s-era passenger plane sitting near Kiryat Shmona in northern Israel.

“After we bought it, we had to move it from Israel … which is a complicated process,” Ata said.

The brothers said the 13-hour transport was coordinated between the Israeli and Palestinian sides.

“Loads of media outlets covered it, and the Israeli police intervened to organise the transfer,” recalled Khamis.

The twins said they hoped to run a restaurant out of the plane since around 2000, but the launch faltered with the outbreak of the second Palestinian intifada, or uprising.