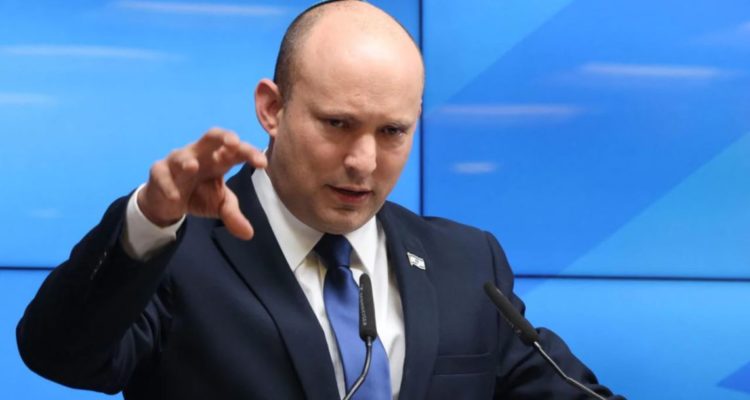 At the last minute, Naftali Bennett declared the vote would also be a confidence motion on the government. (AFP)

Israel’s new government has lost a parliamentary vote to extend a temporary law that bars citizenship for Palestinians from the West Bank and Gaza who are married to Israelis, an early setback for the fragile coalition.

The vote ended in a tie following a long night of debate, requiring a simple majority for the law to be extended. Fifty-nine legislators voted for it and 59 against in the 120-member Knesset.

The law, which was first enacted in 2003 and has since been renewed every year, expired on midnight Tuesday (7am Wednesday AEST). The failure to extend it exposes the deep ideological differences within the broad coalition. Two Arab members in the coalition abstained from the vote and a member of Prime Minister Naftali Bennett’s right-wing Yamina party voted against the law.

At the last minute, Mr Bennett declared the vote would also be a confidence motion on the government. It survived because such a vote would require an absolute majority to fail.

Israel’s left-wing and Arab MPs, including many in the ­government, say the so-called citizenship law discriminates against the country’s Arab ­minority. The right-wing parties, including that of Mr Bennett, say the measure is needed to maintain security and preserve Israel’s Jewish character.

The failure to extend the ­citizenship law or win the ­confidence vote is the first major blow for the new ruling coalition, which is made up of eight parties considered left- and right-wing and includes the first independent Arab faction in ­government.

Read the article by Rory Jones and Dov Lieber in The Australian.