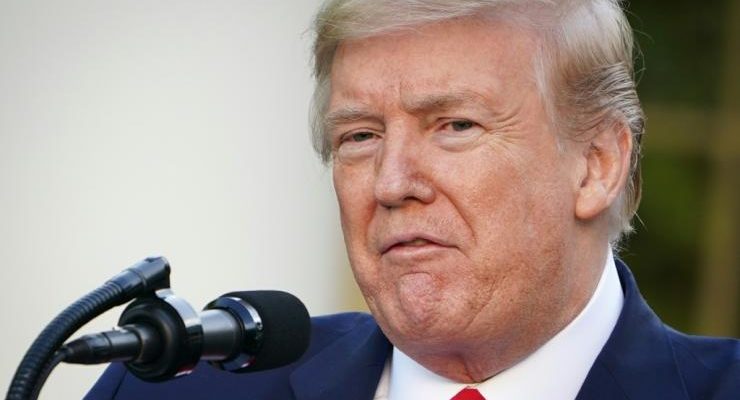 Trump Denies Saying Hitler ‘Did A Lot Of Good Things’

In a new book titled “Frankly, We Did Win this Election” by Wall Street Journal’s Michael Bender, the former president allegedly praised Hitler in a conversation with his then-chief of staff John Kelly during a 2018 official visit to Europe.

“Well, Hitler did a lot of good things,” Trump said according to the book, a copy of which was obtained by The Guardian.

“This is totally false,” Harrington said. “President Trump never said this. It is made up fake news, probably by a general who was incompetent and was fired.”

According to the book, Kelly attempted to correct Trump’s views at the time but the former president was “undeterred.” He also touted the German economic recovery under the dictator in the 1930s.

Kelly allegedly “pushed back” and told Trump, “You cannot ever say anything supportive of Adolf Hitler. You just can’t.”

Hitler led the infamous Nazi Party, which brutally murdered an estimated six million Jews. During his regime, Jews imprisoned in death camps, such as Auschwitz-Birkenau, were subjected to horrific experiments under the guise of medical research, according to History.

Read the article by Danielle Ong in International Business Times.