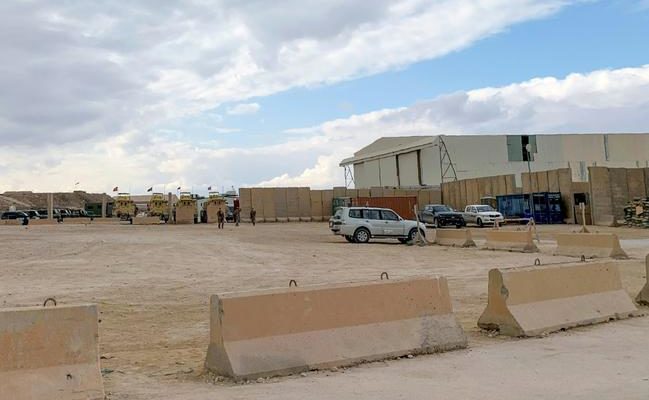 Rockets fired at US embassy in Iraq after attacks on bases

Jmedia Manager
Print
July 9, 2021 46
Three rockets were fired at the US embassy in Iraq early Thursday, the Iraqi army said, at the end of a day marked by rocket and drone attacks on bases hosting American forces in Iraq and Syria.

The embassy itself was not hit, the army said, but three nearby places in Baghdad’s heavily fortified Green Zone were.

US forces, who have 2,500 troops deployed in Iraq as part of an international anti-Islamic State group coalition, have been targeted almost 50 times this year in the country, but the last few days have seen an increase in the frequency of attacks.

A Shiite militant group called Revenge of al-Muhandis Brigade claimed responsibility and vowed to defeat the “brutal occupation”, according to the US-based SITE intelligence group, which monitors extremist groups.

Late last month, the United States carried out air strikes against pro-Iran fighters in both Iraq and Syria.

Iraqi security forces said the rocket launcher had been hidden inside a truck carrying bags of flour.

On Monday night, US forces shot down an armed drone above the embassy, according to Iraqi security officials.

The US-backed Syrian Democratic Forces said they repelled drone attacks near the base in the Omar oil field in the country’s east, in the second such operation in days.