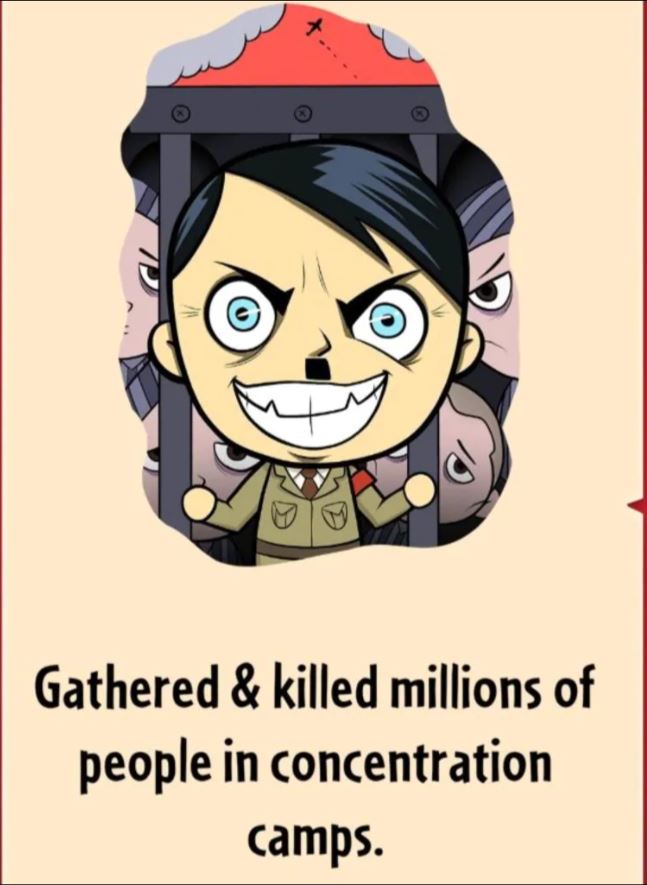 Australian Jewish groups are calling on tech giants Apple and Google to pull a mobile phone game from their online stores that lets players decide whether Adolf Hitler should go to heaven or hell after the game was downloaded at least a million times.

Anti-Defamation Commission Chairman Dvir Abramovich said Judgement Day: Heaven or Hell was normalising the name of Hitler and risked teaching children that it was “cool” to send the man responsible for the Holocaust to heaven.

“There is nothing funny or amusing about a monster such as Hitler, responsible for the extermination of the six million Jews, including 1.5 million children,” he said.

“To offer players a choice to send this satanic criminal to heaven is beyond indecent.

“Imagine the anguish a Holocaust survivor who lost children and parents in the gas chambers would feel knowing that this evil man is now associated with cheap, accessible entertainment.”

In one game slide, Hitler rides a tank, and in another stands in front of caged individuals who are drawn dark colours. The caption says “gathered and killed ­millions of people in concentration camps”.

In another, the game shows a grinning Hitler holding a blonde baby in the air and tells the player: “Did this because he try [sic] to build a master ‘Aryan’ race.”