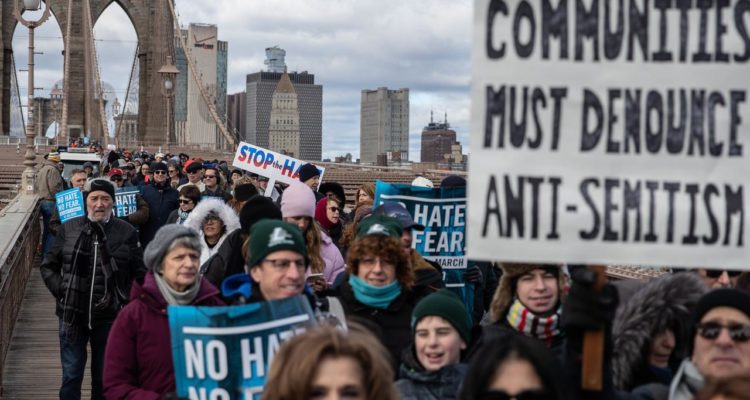 Why does the ‘woke left’ tolerate anti-Semitism?

Towards the end of May, one London-based Jewish academic colleague told me: “When you hear a group of demonstrators chanting ‘Death to the Jews’ you feel scared. But when you see that the people around them take no notice and don’t react to their vile outburst of anti-Semitism you feel alarmed and alone.”

There has been much discussion about the recent explosion of anti-Semitic hate throughout the Western world. However, what is arguably even more disturbing is that a significant section of society, particularly the woke left, appears to pretend it is not happening or seem indifferent to manifestations of anti-Jewish hatred.

The current epidemic of anti-Semitism has not left Australia untouched. According to Dvir Ambramovich, chairman of the Anti-Defamation Commission, the rise of anti-Semitism is “so bad it is actually tough for the ADC to keep track of all the reports”.

Yet compared with other parts of the world the situation in Australia is relatively benign. In Belgium, Canada, France, Germany, Great Britain and the US there have been numerous physical attacks on Jewish people. Synagogues have been defaced and vandalised, and abuse has been hurled at Jewish people including children going to school. Convoys of aggressive anti-Semites invaded a Jewish neighbourhood in London yelling through their megaphone: “F..k the Jews … F..k their mothers … Rape their daughters.”

Read the article by Frank Furedi in The Australian.