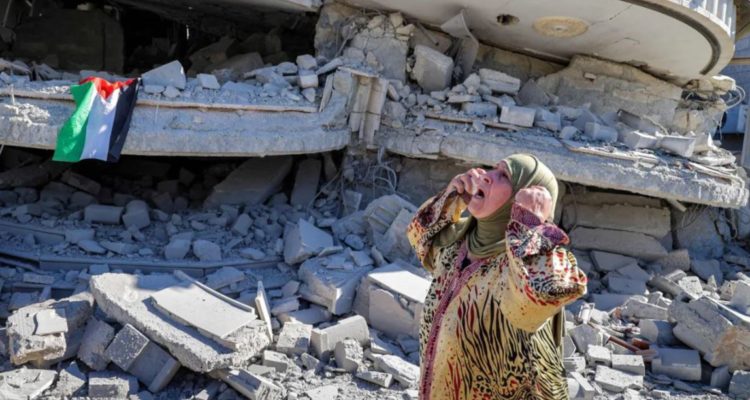 The ruins of the building that belonged to Montasser Shalabi in the village of Turmus Ayya. (AFP)

Israelis blow up home of US citizen suspected of killing student

Israel’s army said on Thursday it had demolished the home of a Palestinian man with US citizenship accused of fatally shooting a Jewish ­student in the West Bank.

The move was denounced by the US, which said the punitive demolitions of Palestinian homes “exacerbate tensions and undercut efforts to advance a ­negotiated two-state solution”.

An Israeli army spokesman confirmed that “troops demolished the residence of the terrorist (Montasser) Shalabi, in the village of Turmus Ayya, northeast of Ramallah”.

Mr Shalabi, 44, was arrested by Israeli forces in May after he allegedly fired on waiting passengers at a bus stop at Tapuah junction south of Nablus in the northern West Bank.

The attack killed Yehuda Guetta, 19, a student at a seminary in the Itamar settlement, and wounded two of his friends.

Mr Shalabi is in detention but has not yet been convicted.

The demolition came after ­Israel’s top court rejected an ­appeal by Mr Shalabi’s estranged wife, who claimed that his life centred on the US and that he made only occasional visits to the West Bank house.

The Supreme Court accepted the state’s position that the home belonged to Montasser Shalabi and that he spent time in it when he was in the West Bank, ruling that the army was therefore ­justified in carrying out a punitive measure at the property.

Sanaa Shalabi, 40, told Agence France-Presse that troops first arrived at 1am to place explosives around her home. The demolition operation lasted through the night and into the morning.