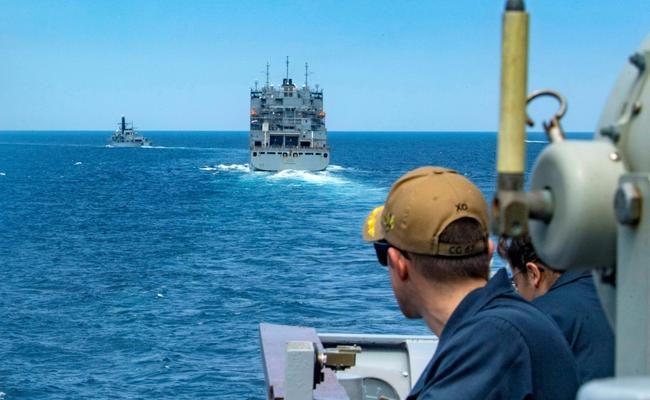 “The attack on the MT Mercer Street is now assessed to be the fifth attack against a vessel connected to Israel,” maritime industry analysts Dryad Global said

Two crew members of an oil tanker managed by a prominent Israeli businessman’s company were killed off Oman in what appears to be a drone attack, the vessel’s London-based operator and the US military said Friday, with Israel blaming Iran.

Tehran is “sowing violence and destruction,” an Israeli official said.

US Navy forces came to the aid of the crew in response to an emergency distress call and saw evidence of the attack, said an American military statement.

Analysts said the attack bore all the hallmarks of tit-for-tat exchanges in the “shadow war” between Israel and Iran, in which vessels linked to each nation have been targeted in waters around the Gulf.

Zodiac Maritime, owned by Israeli billionaire Eyal Ofer, said the incident on board the MT Mercer Street on Thursday killed one Romanian and a UK national, who was a guard for British maritime security firm Ambrey.

“We are not aware of harm to any other personnel,” it said in a statement, adding that the Japanese-owned tanker was back under the control of its crew and was steaming to an undisclosed “safe location” under US naval escort.