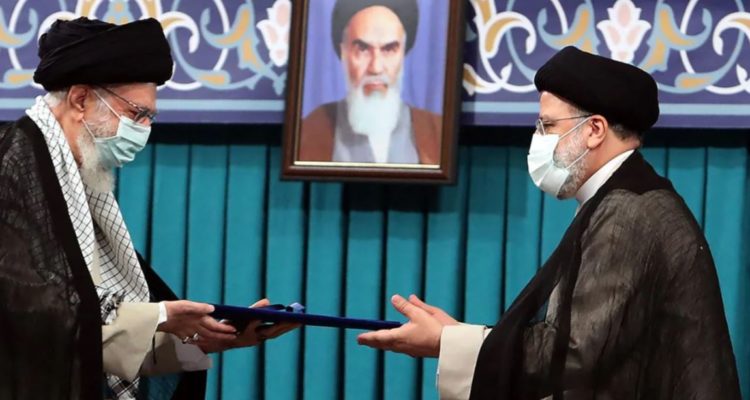 Iran’s mask has slipped. After years of shadow play with the West, Tehran has made clear even to a US president wearing rose-tinted Aviators that there is no meaningful deal to be struck on its nuclear program. Iran’s new president, Ebrahim Raisi, takes over this week and he wants to do everything differently from his predecessor Hassan Rouhani, a wily Glasgow-educated pragmatist who thought he could use diplomacy to confound the West.

Raisi, who was a member of the death commissions that handed out execution orders to political critics in 1988, won this June’s rigged election as the favourite of the ageing, ailing supreme leader, Ayatollah Khamenei. Together they agree that all the many protests racking Iran – about a drought that is causing power shortages, about inflation of more than 44 per cent, about poor levels of Covid vaccination (3 per cent of the population at present, despite five waves of the virus), about racketeering – are down to poor governance and a breakdown in trust between leaders and led.

The nuclear negotiations with the US and Europe are a distraction from this domestic agenda, not the pot of gold at the end of the rainbow. Especially as there is every chance, according to Iranian analysts, that Joe Biden will be a one-term president and that his successor might go back on every promise that he makes.

“The feeling is that some Iranian politicians grovelled too much at the feet of the US and the European Union,” says Mohammad Marandi, a professor at Tehran University. So the deal will be put on ice. “I think Mr Raisi intends to go back to the ideals of the [Islamic] Revolution.” That is, social justice: a new regard for those left behind by the yawning poverty gap.

Read the article by Roger Boyes in The Australian (from The Times).