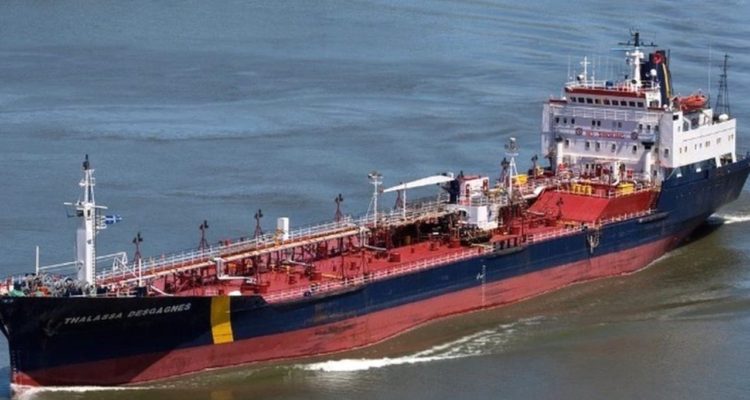 Iranian navy commandos stormed a tanker in the Arabian Sea and tried to divert it to Iran but were thwarted after the crew disabled the ship’s engines, it emerged yesterday.

Giving the first detailed account of the hijacking on Tuesday, a source told The Times that a “squad” of heavily armed Iranians boarded the 440ft Asphalt Princess near the Strait of Hormuz but fled when US and Omani warships approached the stricken vessel.

The incident off the coast of the United Arab Emirates took place less than a week after another tanker operated by an Israeli-owned company was attacked by a drone off Oman, killing two security guards, one British and the other Romanian. The aggressions risked inflaming already febrile tensions between Iran and the West as Ebrahim Raisi, the hardline new president, is due to be inaugurated today. Iran’s Revolutionary Guards, who have backed Raisi’s election, were blamed for last week’s deadly drone strike on the MT Mercer Street in which Adrian Underwood, a British Army veteran, was killed.

Britain yesterday joined in a chorus of condemnation from Israel, America and other nations over the attack and called for a UN Security Council meeting. “The council must respond to Iran’s destabilising actions and lack of respect for international law,” Dominic Raab, the foreign secretary, wrote on Twitter. The Panama-flagged Asphalt Princess is believed to have sailed from Bandar Abbas, an Iranian port in the Strait of Hormuz, and was destined for Sohar, Oman, when it was intercepted 86 miles off Fujairah, in the UAE.