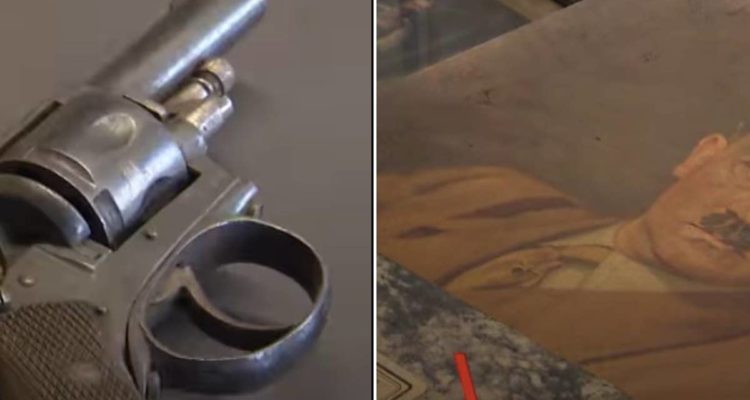 Among the items found was a revolver (L) and a portrait of Adolf Hitler (R). (WDR Lokalzeit)

A German man who was cleaning a house after it was wrecked by a flood was left stunned when he found a trove of Third Reich artifacts hidden behind a plastered wall.

Sebastian Yurtseven was renovating his aunt’s house in Hagen, Germany in the aftermath of severe floods that hit the region in July, resulting in the deaths of 190 people.

He was pulling off a rotten piece of plasterboard when he came across a foot-wide wall cavity behind it that housed crinkly old newspaper, dated 1945.

As he removed the newspaper out, he realized there were many more items in the hole including a revolver, gas masks, hundreds of letters, and a portrait of Adolf Hitler.

“I got goosebumps,” Yurtseven told local media. “I didn’t think it would turn into such a huge discovery.”