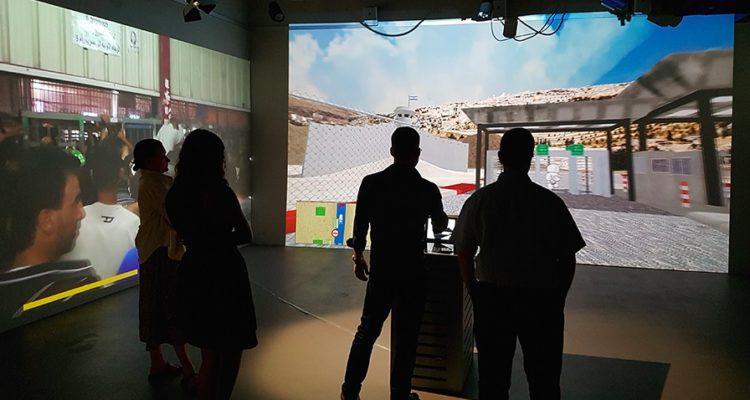 Palestine and guerrilla memorials in the digital age

Lujayn Hourani considers the effectiveness of the game-like temporal memorial, Re: Visit Palestine, in tandem with their own personal memories

In a poem published in Running Dog last month, I write about my frustration towards news cycles. I write, it is always about footage. It’s never the violence itself that outrages the masses, it’s the video evidence of it. I see it in everything, not just in the context of Palestine: you can’t get people to care unless they can physically see what they’re caring about.

Re: Visit Palestine follows a traditional narrative split into three locations to represent the exposition, conflict, and resolution. (1) Jaffa, now a part of Israel-proper, represents the 1948 Nakba and the creation of the state of Israel, (2) Jerusalem depicts the manifestations of living under occupation and apartheid, (3) Gaza focuses on the blockade that Palestinians have been enduring for the past 14 years, at the end of which the user finds themselves unable to move forwards or backwards – trapped in the limbo of no resolution.

Read the article by Lujayn Hourani on Arts Hub.