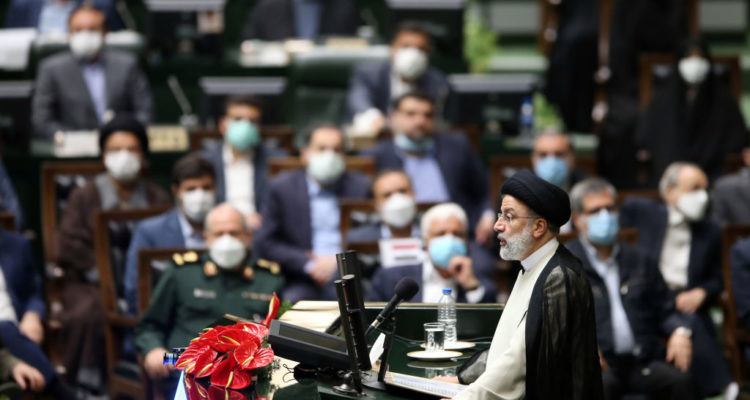 Iran under new management: what could make or break Raisi’s presidency

Ebrahim Raisi took on multiple challenges when he became Iran’s new president on 5 August. How he copes with four of them could make or break his presidency—and determine Iran’s level of stability for the foreseeable future.

The four challenges are to resuscitate Iran’s economy and relieve the severe hardship affecting all citizens, to seek pragmatic foreign policy solutions to regional tensions and instability, to respect the rights of all citizens, and to demonstrate the qualities necessary to be a credible successor to Ayatollah Ali Khamenei as supreme leader.

All four challenges are interdependent. And they are ultimately dependent on the outcome of the US–Iran negotiations aimed at bringing Washington back into the Iran nuclear agreement (Joint Comprehensive Plan of Action, or JCPOA). After months of ‘progressive’ bilateral talks in Vienna this year, the negotiations have now stalled.

According to publicly available information, the major, if not sole, reason the talks have stalled is a US insistence that the new agreement include a sentence that obligates Iran to hold further negotiations that limit its missile development and cease support to (adversarial) militant groups in the Middle East. Whether Washington also wants to include a condition that the US’s ongoing JCPOA membership depends on satisfactory progress being made on both of those issues is not known.

But if Washington has made such a call, that might have triggered Iran’s own opportunistic, albeit rejected, proposal that the US agree that it won’t again unilaterally withdraw from the agreement.