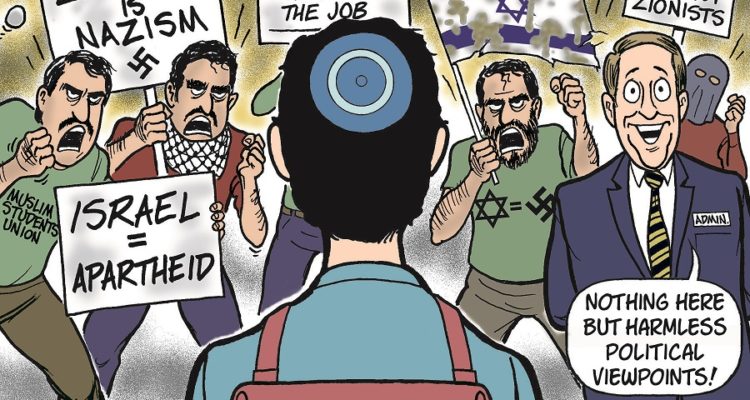 Firstly we have Martin’s response to a previous letter from Mark Leibler in which Leibler expressed his “personal and professional astonishment” at Mr Cuerden’s criticism of federal Liberal senator Sarah Henderson, who has sought to have Julian Burnside’s credentials questioned by the Victorian Bar Council concerning repeated examples of antisemitic remarks by Burnside: 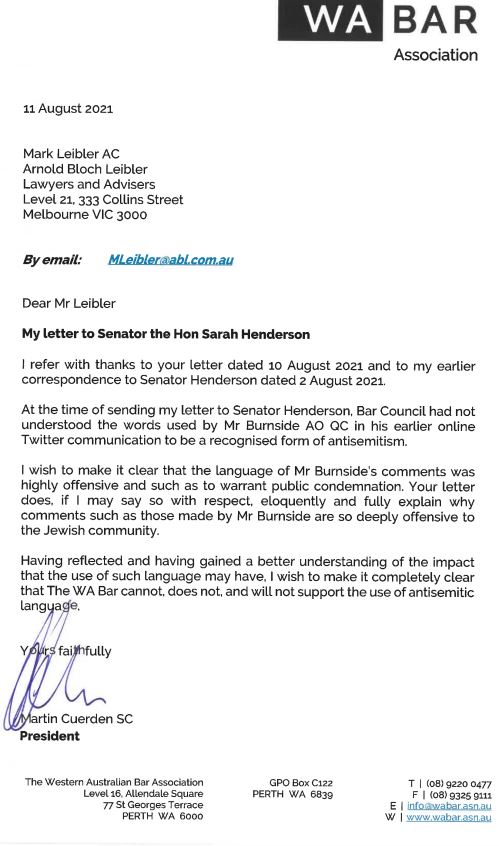 and a quick response from Mark Leibler: 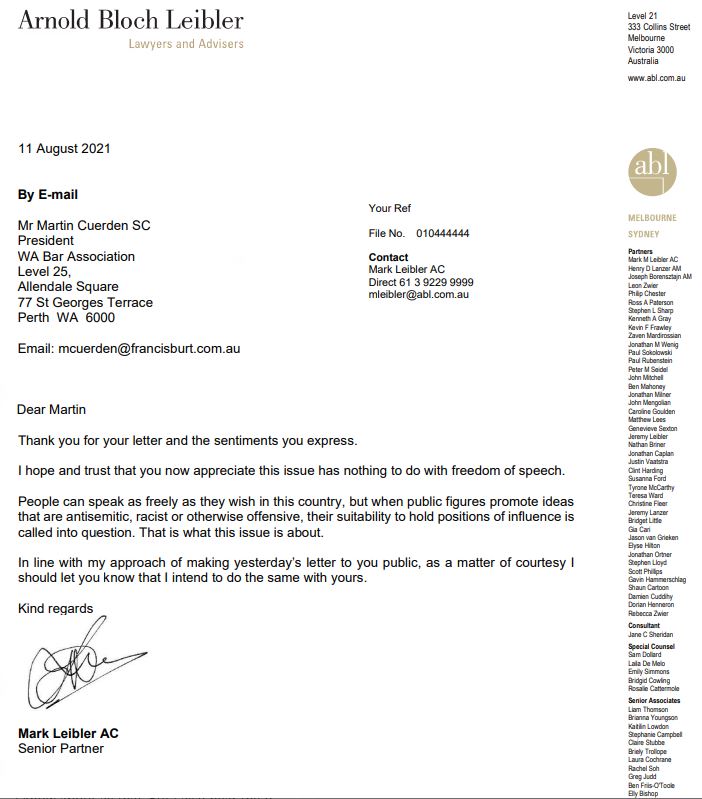 I have written myself to Martin Cuerden to question his disruption of Sara Henderson’s call for an assessment of the gravity of Julian Burnside’s racist remarks by the Victorian Bar Council.

This is his reply to me following a request for him to explain himself on my channel #israelconnexion :

Hi Martin,
I called you on your mobile to enquire as to the possibility of interviewing you for my radio program about the decision of the WA Bar Association to not rebuke Julian Burnside for antisemitic remarks that are not in keeping with his standing as a barrister at law.
I present a weekly radio program ‘The Israel Connexion‘, which provides analysis and insight with important interviews and discussion about Israel. I broadcast on J-AIR – the only Jewish radio station in Australia and have been doing so for the past 6 years. Lately I have also started up a YouTube channel to provide a more visual avenue for my show and you can find my playlist here. I also run the website JMedia Online, which aggregates news sources in the Australian media context of potential interest to the Jewish community and its supporters in Australia.
We both know that there are laws against racism in Australia and we have just seen the AFL come down very heavily on one of its top players Taylor Walker for a racial slur he made. Julian Burnside is affiliated with the WA Bar Association, and he has similarly made racist remarks that are not at all in keeping with our society’s attitudes to racism.
I would like to know how Julian Burnside can escape redress for racism by your association, whilst an AFL player is made to pay a heavy penalty for it.
Please advise on your availability for an interview to probe this anomaly.
Yours,
David Schulberg
mob: +61-402006291

I await the judgement of the Legal Services Commissioner of the Victorian Bar Council, who will hopefully not have been influenced by Martin Cuerden’s original remarks unsupportive of Senator Henderson MP.