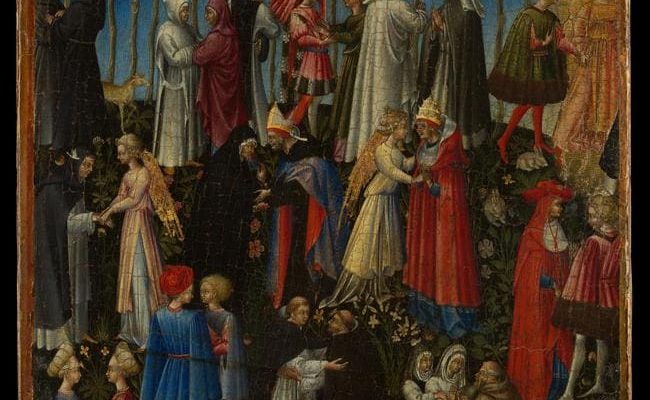 Love is a pervasive theme in Renaissance art, especially in the figure of the Virgin Mary, whose role had grown immensely in importance during the course of the Middle Ages. It is this role, indeed, that separates the Christian tradition so dramatically from the Jewish one that preceded it and the Islamic that followed. Judaism has no place for a female manifestation of the divine, and Islam has followed it in that respect; but such radical masculinism is an oddity among world religions, almost all of which imagine the divine with both a male and a female face.

The first Christians were Jews, but the people they converted were Greeks, Hellenised easterners and then Romans, none of whom could imagine the divine as exclusively male. It is no coincidence that Mary plays a small part in Matthew’s Gospel, written by a Jewish convert and addressed to fellow Jews, while Luke’s account, written by a Greek, is the only one to include the story of the Annunciation.

Mary was given the official title of Theotokos, “God-bearer” in Greek, at the Council of Ephesus in 431, convened in a church already dedicated to her. The Council thus ratified a belief that must already have been well-developed, but went further than the Patriarch of Constantinople who had sought to limit her title to Christotokos, “bearer of Christ”. Well before the fall of the Western Empire, many important churches had been dedicated to the Mother of God, including Santa Maria Maggiore in Rome.
Read the article by Christopher Allen in The Australian.