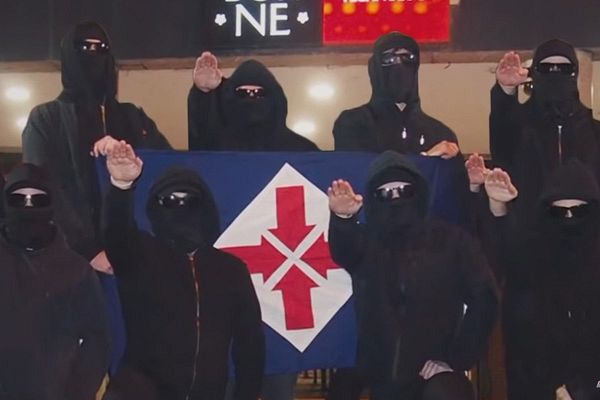 The thin line between neo-Nazi cosplay and real terrorism

Terrorism has fallen down the list of global threats during the COVID-19 outbreak but in an uncertain world, it cannot be forgotten entirely.

As the Herald reports today, extremist groups who identify as neo-Nazis are finding plenty of recruits here in Australia and counter-terrorism agencies are increasingly concerned.

The risk from these fringe white supremacist, racist groups has moved to the fore as the danger of Islamist terrorist groups – such as Islamic State – has receded, although the Taliban’s resurgence in Afghanistan suggests the need for continued vigilance.

It was only two years ago that Australian Brenton Tarrant murdered 51 people in a mass shooting at two mosques in Christchurch in New Zealand.

A group of young people in a range of rich Western countries seems increasingly drawn to a poisonous narrative that immigrants, and their progressive allies, are submerging traditional white society, and that they must be stopped with violence.

In 2011, Anders Breivik, a self-styled neo-Nazi, murdered 77 people in Norway. There were white supremacist overtones in the assault on the US Capitol in Washington DC on January 6.

While everyone agrees that these acts of terror are appalling, it is harder to know how to respond to the wider ecosystem of ultra-right websites and the social organisations that nurtures them.