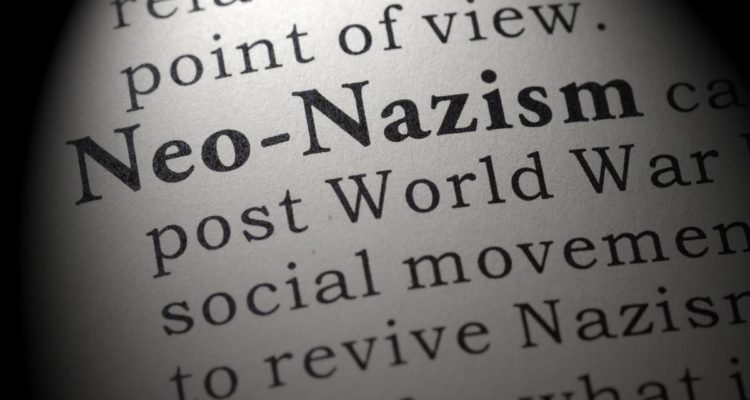 An eight-month undercover investigation by The Age, The Sydney Morning Herald and 60 Minutes has revealed a group of radical, right-wing men plotting social collapse and a racist new order from a house in suburban Melbourne.

They have adopted the trappings of Nazism: celebrating the birthday of Adolf Hitler, reading his book Mein Kampf and performing the Nazi salute. They are described as neo-Nazis.

What is a neo-Nazi?

Neo-Nazi literally means “new-Nazi” or “revived Nazi” and it refers to people who have adopted ideologies similar to those first identified with the Nazi Party, which ruled Germany under Hitler between 1933 and 1945. “Nazi” is a contraction of the German words meaning “National Socialism”.

What do they believe?

Nazis and neo-Nazis such as those in Australia’s National Socialist Network base their ideology on the notion of the racial superiority of white people (in the case of Germany’s Nazi Party the “Aryan” or white Nordic race) over all other races. The Nazis graded races in order of their alleged superiority, with black people and Jews at the bottom of the hierarchy. Homosexuals, Gypsies and others were also condemned.

In Germany in the 1930s, this obsession with “blood” and its purity led to an attempt to build and maintain a racially pure Europe. From that grew the Holocaust – an attempt to wipe Jewish, Gypsy and homosexual “blood” out of the parts of Europe controlled by the Nazis, as well as that of other groups and European races they considered inferior, or who were in the way of German occupation of Europe. Millions of people died in this attempt.

Neo-Nazis hold a similar set of beliefs. One of the Nazi slogans was “blood and soil”. The neo-Nazis identified in the investigation are heard chanting the similar “blood and honour”.

Read the explainer by Michael Bachelard in The Age.