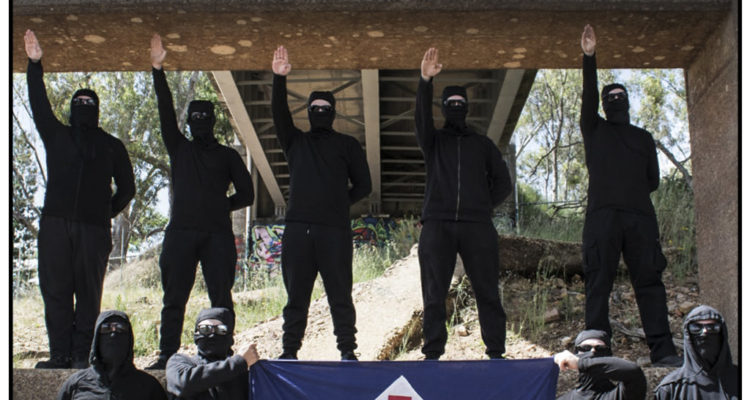 Neo-Nazis from the National Socialist Network from their encrypted online sites.

Crown casino has launched an investigation into one of its employees after it was revealed the man is part of a neo-Nazi group and boasted about “bossing around the f—g n—-rs” who are his subordinates at the Melbourne casino.

The first part of an eight-month investigation by The Age, The Sydney Morning Herald and 60 Minutes published on Sunday detailed an unprecedented infiltration of Australia’s largest neo-Nazi group, the National Socialist Network.

The investigation exposed the network’s secret membership lists and its leaders’ support for the Christchurch terrorist and terror suspects facing trial in NSW and South Australia.

One member identified during the investigation was a security manager for Crown casino, Daniel Todisco, a former special forces soldier who has a Victoria Police vetted security licence and says he carries a baton in his boot.

He boasted of “bossing around the f—g n—-rs” who are his subordinates at Crown, saying: “I just get them to do the shit jobs, to be honest with you.”

The investigation found he financially supports the group but is less active than other members. He claims to be a former Army Commandos reservist.

In a statement released on Monday morning, a Crown spokeswoman said the company had started an urgent investigation into the matter.

Read the report by Simone Fox Koob in The Age.