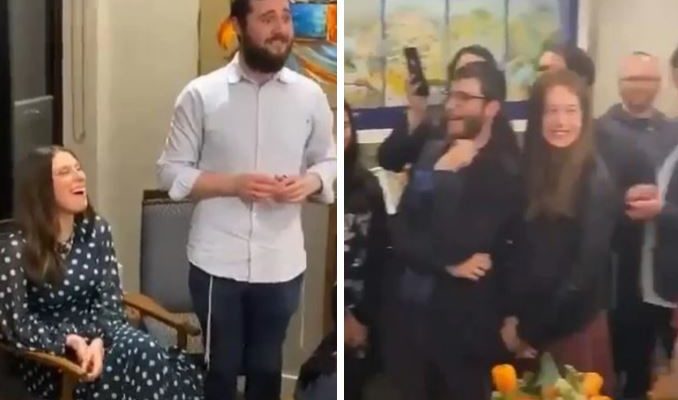 Those who attended the engagement have been told they’ll be fined. There are now seven Covid cases linked to the gathering.

Idiots ignoring lockdown rules exist in every community group, so vile anti-Semitic attacks on party revellers should be condemned.

Don’t judge the engagement party revellers for their faith, judge them as arrogant idiots who did the wrong thing.

There is no place for the type of vile anti-Semitic abuse being thrown around on social media in light of the engagement party.

The fallout from the event is continuing. On Tuesday it was announced seven positive cases were now linked to the party, two doctors present have been referred to health regulators and more than $350,000 fines will be issued.

But the cost is mounting in other ways, such as the increase in racial hatred for the Jewish community, which has led to death threats being issued to those involved.

This sort of reaction is divisive, hateful and wrong.

A woman from Royal Melbourne Hospital has already lost her job for posting about the Holocaust.

The hospital noted that the comment does not reflect its views and that there was no place for religious hatred.

Sadly, this is just the tip of the iceberg.

Read the article by Susie O’Brien in the Herald Sun.