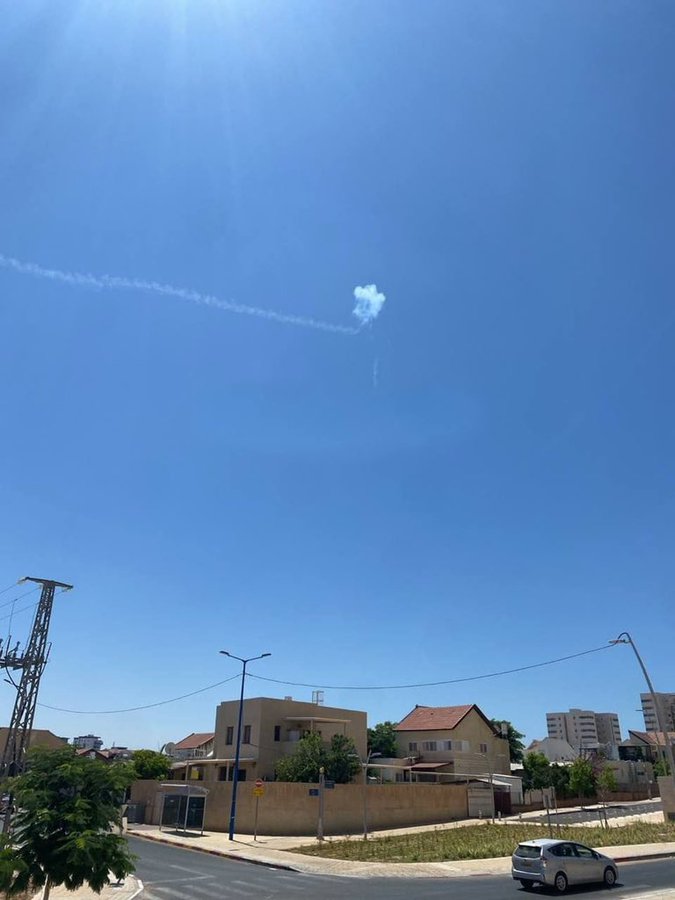 A rocket was just fired from Gaza into Israel. The Iron Dome Aerial Defense System intercepted the rocket.

Rocket sirens have blasted near the Gaza Strip in the southern Israeli town of Sderot following threats by Palestinian terror organisations.

The Israeli Defence Force has confirmed sirens sounded in Sderot on Monday which came before a rocket was launched over the Israel-Gaza border.

The rocket, believed to have been launched from the Hamas-controlled Palestinian territory, was intercepted by Israel’s missile defence system.

Hamas, which controls Gaza, threatened an escalation of tension and violence should Israel not secure much-needed supplies for the strip’s reconstruction within days.

The rocket fire on Monday came after a deadly gun battle in the West Bank between Israeli troops and Palestinians which claimed the lives of four Palestinians.

Israeli forces claimed they were engaging in an arrest before coming under “heavy fire from close range”.

It comes almost three months after the 11-day war between Israel and Hamas militants came to an end.

The conflict resulted in the deaths of 12 Israeli citizens and more than 250 Palestinians with about 2000 injured in Gaza.

Read the article and watch the report on AM Agenda.