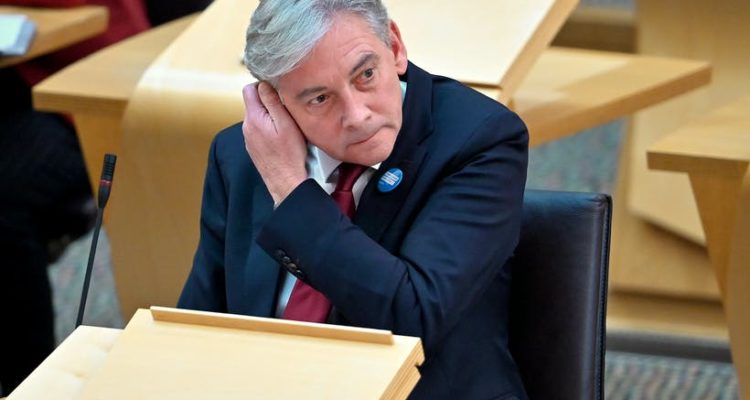 Why are Labour politicians siding with Ken Loach?

Richard Leonard, former leader of the Scottish Labour party, has posted a photograph of himself standing beside Ken Loach on his public Facebook page. The Central Scotland MSP, who was succeeded by Anas Sarwar as leader of Labour’s Holyrood wing in February, commented:

‘Ken Loach is guilty of applying his rare talent to exposing the real life impact of poverty, inequality and injustice.’

Loach, director of Poor Cow and Cathy Come Home, claims to have been expelled from the party. The Guardian quotes Loach as saying:

‘Labour HQ finally decided I’m not fit to be a member of their party, as I will not disown those already expelled.’

This appears to be a reference to four factional entities proscribed by Labour’s national executive committee last month: Socialist Appeal, Labour In Exile Network, Resist and Labour Against the Witchhunt. Labour Against the Witchhunt, which says those who ‘promote the false anti-Semitism smear’ are ‘not welcome’, lists ‘Ken Loach, film director’ among its sponsors. It also argues that Labour ‘should reject the International Holocaust Remembrance Alliance (IHRA) definition of anti-Semitism’.

Loach went on to say: ‘I am proud to stand with the good friends and comrades victimised by the purge. There is indeed a witch-hunt’, before adding that Sir Keir Starmer and ‘his clique’ would ‘never lead a party of the people’. He concluded, in an apparent echo of Shelley’s ‘The Masque of Anarchy’, ‘We are many, they are few.’