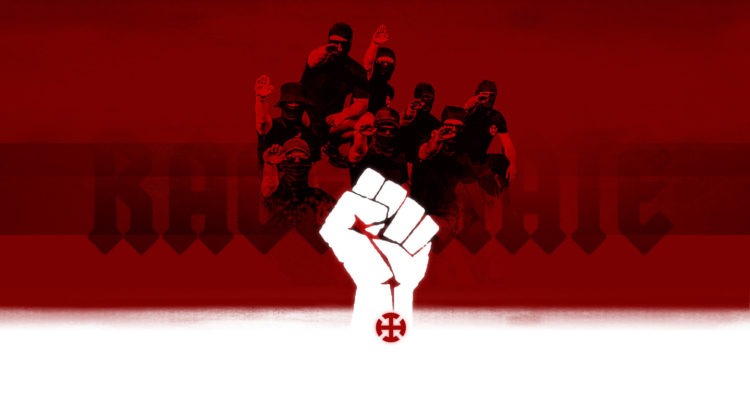 From kickboxing to Adolf Hitler: the neo-Nazi plan to recruit angry young men

An unprecedented look inside Australia’s radical fringe shows their deep links to violent international groups, and what they’ll do if they are banned.

Sitting on the back deck of his home on the Victorian border town of Barnawartha, his outline blurred by bong smoke, a petty criminal and martial arts instructor is discussing the idea of taking over Australia’s largest neo-Nazi group.

Jarrad “Jaz” Searby, a convicted criminal and gym owner, was until May the head of an Australian chapter of the right-wing extremist group Proud Boys.

The group, which became infamous for bolstering Donald Trump and provoking confrontations in Black Lives Matter protests and the Capitol invasion, and which has been designated a terrorist organisation in Canada, has always stopped short of identifying itself as neo-Nazi. It has publicly disavowed anti-Semitism and its founder described it as “Western chauvinist”, “anti-political correctness” and “anti-white guilt”.

Talking to an infiltrator working deep inside the neo-Nazi National Socialist Network, Searby said his now-defunct chapter of the Proud Boys had been set up as a front, funnelling young men from the suburbs and towns of Australia through martial arts training, through “anti-white guilt”, then on to full-fledged neo-Nazism.