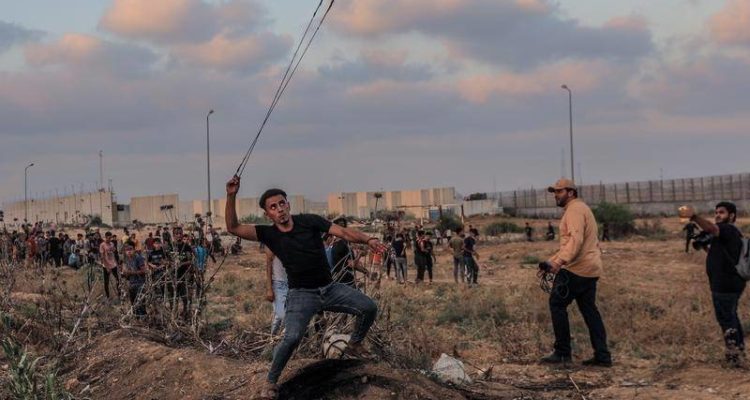 Israeli warplanes have bombed Hamas sites in Gaza in response to incendiary balloons launched from the Palestinian enclave that caused brush fires in southern Israel, its military says.

There were no immediate reports of casualties in the air strikes that targeted what the military said was a weapons production facility and a rocket launch site belonging to Hamas, the Islamist group that rules Gaza.

Palestinians say the balloons are aimed at pressing Israel to ease restrictions on Gaza and allow aid to reach the territory. Balloons launched on Monday set off fires in Israeli fields along the Gaza border, Israel’s Fire and Rescue Service said.

Cross-border violence has spiked despite an Israeli announcement last week of a resumption of Qatari aid to Gaza, a decision that had been seen as bolstering the fragile truce.

Days before Saturday’s violence, Gaza militants launched a rocket towards Israel that was shot down by its Iron Dome anti-missile system, in the first such attack since the May 21 ceasefire.

Read the article in the Cessnock Advertiser (AAP).