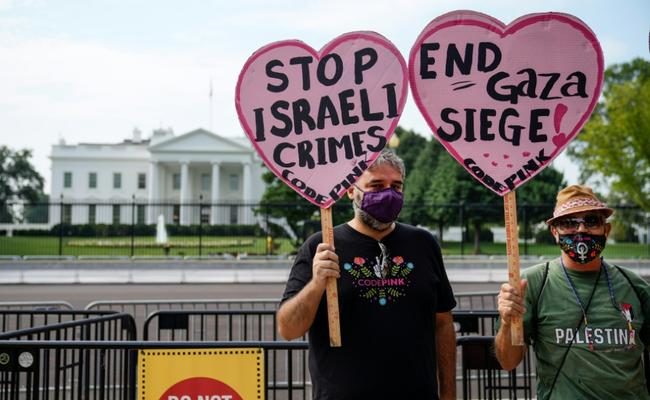 US President Joe Biden speaks as he meets with Israeli Prime Minister Naftali Bennett in the Oval Office of the White House in Washington, DC, on August 27, 2021

Israeli Prime Minister Naftali Bennett met Friday with President Joe Biden a day after a deadly bomb attack on the US Afghanistan evacuation mission forced a postponement and cast a shadow on an Israeli charm offensive.

“My heart goes out, our hearts go out, to all those who we’ve lost,” Biden said after the two met one-on-one, a day after originally planned.

Bennett had aimed to reboot US-Israel relations following Benjamin Netanyahu, who during 15 years in office embraced Republicans and antagonized Democrats.

Speaking to reporters after the meeting, the 49-year-old premiere said he had achieved his goals on his first official visit since taking office in June.

“I found a leader who loves Israel, knows exactly what he wants and is listening to our needs,” Bennett said.

Bennett took office in June as head of an eclectic coalition in which his pro-settlement party holds only a handful of seats. His government ranges from political hardliners to doves as well as the first Arab party to sit in a coalition.